For centuries, people have searched for a way to give artists and musicians more opportunities and monetary benefits. The answer could be an NFT. In the music industry, an NFT could be defined as a rare collectible that is stored on a digital ledger. Artists and musicians can create NFTs themselves to auction off various forms of digital media to their fans who pay using cryptocurrencies like Bitcoin, Ethereum and others. There are many reasons why this technology is valuable for the music industry.

In the digital age, musicians and artists are coming up with different ways to keep up with their fans and get paid in an easy way. An NFT is a “non-fungible token”. They are typically created by the artists themselves. This blog is about the future of music and the ways in which NFTs will be used.

Imagine having the opportunity to buy a piece of your favorite band’s album before it’s even released! How cool would that be? It might sound crazy, but the band Kings of Leon will be the first to release an album as an NFT. The band is actually dropping three types of tokens as part of a series called “NFT Yourself,” with a different type of token for each song on the album. One token is called “Loyalty” and gets you an exclusive version of the album, one is called “Choice” and gives you early access to the album, and one is called “Exclusivity” and offers access to concerts before anyone else.

As with any other industry, musicians are always looking for new ways to monetize their music. A recent trend is for artists to sell their music as NFTs. With the rise of digital downloading, artists are now selling their music as NFTs – and they’re making millions. This is what happened with the recent sale of 3Lau’s music, in which he amassed $11.3 million from an NFT auction. Now, he and other artists are using the digital currency to create a new revenue stream. This move is part of a larger strategy for musicians to get more money from their music.

One of the hottest, most-talked-about artists right now is electronic producer Jacques Greene. He has recently been selling the rights to his new single Promise and accompanying animation for around $20,000, but the track can still be streamed and purchased. The reason why he did this is because he wants to give the fans a way to own the music and animation without having to purchase it. This is a great strategy for those artists who want to release a song that was written and recorded in a short amount of time.

Deadmau5 is a major player in the world of electronic music and has been for many years. In December 2020, Deadmau5 released six thousand collectables as NFTs, which are fully tradable items. With a collective value estimated at $96,940, these collectables are a rare opportunity for the deadmau5 collector to get their hands on some high-value merchandise. In order to be in with a chance of owning these collectables, however, the potential buyer will need to have an account with the exchange.

For some people, buying a painting or a sculpture is too expensive. But that doesn’t mean you can’t get art for less. Grimes is one of the most well-known artists in the world, but her work is difficult to find. Now, she has auctioned 10 NFTs for $6 million. NFTs are rare and exclusive digital items, such as digital games, photo sets, and other multimedia that can be redeemed on her site.

When people hear about blockchain, they tend to think of it as something that is only relevant to the cryptocurrency market. This is not true as it has huge potential to transform many different industries. Blockchain is an evolving technology that has already been successful in the entertainment industry. The reason why artists are getting in on the action is because they were hit hard by the drop in touring income. With the new technology in place, it seems like the entertainment industry will see a lot of changes in the future.

One of the main things that is attracting the new era of consumers to the music industry is the variety of content available. With new albums coming out every week, there is no way to keep up with all of them. With the success of cryptocurrencies, you can start thinking about what the next steps should be. NFTs are in the early stages of a boom, and they have a lot of potential. They can be used to create a whole new experience for listeners and consumers. 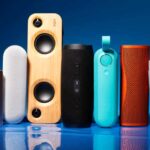 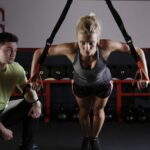