The NFT of the Baby singer has a blue backdrop and a teary-eyed Ape with stubble forming a pout that appears like a crying face. It’s also worth noting that the Ape is merely dressed in a simple dark grey-black T-shirt.

Was the NFT well worth the money?

According to numerous accounts, digital artwork is not particularly rare, meaning that Justin Bieber spent significantly more than the going rate for an NFT that is in the top 5% of rarity. According to Bitcoin.com, the NFT that Justin purchased had a floor price of 104 ETH, but he ended up paying 500 ETH.

This isn’t the singer’s first foray into the online world. Bieber owns a number of NFTs, as well as a number of fractions of Dodge NFT.

What is Justin Bieber up to?

Justin Bieber’s most recent album, Justice, was released in March 2021 and debuted at number one on the Billboard 200 list, becoming the singer’s eighth album to do so. He became the youngest solo musician to have eight albums on the top of the charts at the age of 27, breaking the record previously held by the famous Elvis Presley. 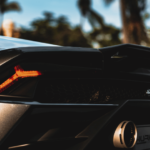 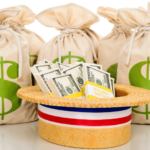