With selected Indian entertainment material designed for the Web 3.0 environment, Diginoor, which was launched in 2021 with Rajinikanth’s film NFT, hopes to mainstream NFT usage in India. India’s oldest and greatest production houses, such as AVM Productions, Reliance Entertainment, and many more renowned studios, are already among their partners. The company also claimed to be the first in the market to offer the option of purchasing NFTs with debit and credit cards.

NFTs (Non-Fungible Tokens) are digital representations/assets that represent real-world goods like art, music, films, and so on, and have recently swept the tech industry.

“We want to use these money to hire a strong staff across diverse jobs and tap into the richness of material in the Indian media business,” stated Shamil Karim, Co-Founder of Diginoor.

“We are here to build the Web 3.0 revolution through movie and gaming out of India,” stated Yash Rathod, Co-Founder of Diginoor. We at Diginoor are working on several fascinating ideas including NFTs and smart contract-powered decentralised gaming.”

The first NFT collection from Rajinikanth’s Sivaji has been sold, according to Diginoor. Recently, NFTs from Chandramukhi and Kabali, which comprise metaverse versions of AR Rahman songs and movie set items, were recently released. 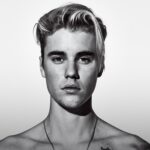 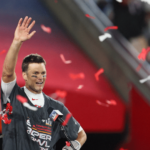