The WazirX NFT Marketplace has announced a collaboration with famed Telugu actress Lakshmi Manchu in honour of Women’s Day.

Lakshmi has joined the WazriX NFT platform as a collector, adding to her concept of “women helping women.”

It’s also worth noting that the ‘Gundello Godari’ actress received four NFTs from some of the platform’s most brilliant female developers.

“In a crypto industry dominated by men, we need more female role models.” Our focus and dedication to boosting women’s engagement in the NFT ecosystem is added to this. “I am thrilled that Lakshmi Manchu picked the WazirX NFT platform since she supports our mission,” Vishakha Singh, VP, WazirX NFT Marketplace, told the media.

“In a rapidly growing realm of crypto, meta, and NFT, I want to encourage and empower more women to explore this new digital cosmos,” Lakshmi Manchu stated of her latest initiative.

“While most people have no idea how it works, there is no denying that this is the future.” According to Manchu Lakshmi’s comment, “my effort is to simplify this cosmos and establish a road map for individuals who want to study and invest in the digital future.”

Lakshmi Manchu, on the other hand, has been busy shooting and has set the ground for her Malayalam debut with the film ‘Monster,’ which stars Mohan Lal. 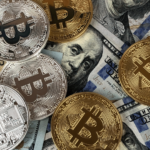 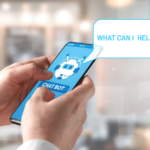