This week, President Joe Biden is set to sign an executive order on cryptocurrency, marking the first step toward regulating how digital currency is handled.

The action comes after administration officials expressed alarm in recent weeks about Russia’s use of cryptocurrencies to circumvent the impact of crippling sanctions imposed in response to its invasion of Ukraine. The sanctions have pushed the ruble to new lows and forced the country’s stock market to close.

According to two people familiar with the process, the executive order on Bitcoin was anticipated to be published this week, and it had been in the works long before the war. Both sources talked on the condition of anonymity in order to get a sneak peek at the order.

The directive is likely to spell out what government institutions, including the Treasury Department, must do to implement digital currency policies and regulations. It is expected to include a request to the State Department to verify that American cryptocurrency regulations are consistent with those of US partners, as well as a request to the Financial Stability Oversight Council to investigate illicit finance concerns.

The directive will also investigate the idea of a new central bank digital currency. In January, the Federal Reserve published a report on the subject that examines the dangers and benefits of digital money backed by the United States.

The order implies that cryptocurrencies will continue to be a part of the US economy for many years to come. Bloomberg News was the first to report on the White House’s plans to press forward with the executive order.

While US authorities have downplayed the role of Bitcoin in Russia’s ability to dodge sanctions, it remains a source of concern.

“We will continue to look at how the sanctions work and evaluate whether or not there are liquid leakages and we have the possibility to address them. I often hear cryptocurrency mentioned and that is a channel to be watched,” Treasury Secretary Janet Yellen said last week.

The president’s national security team has already been on the lookout for the usage and formation of front businesses and alternative financial institutions that Moscow might try to use to get around sanctions, according to a senior administration source who spoke on the condition of anonymity.

Cryptocurrency is one of several areas where the Biden administration is looking to strengthen its position as it tries to ensure that sanctions against Russia have the greatest possible impact. The individual said the administration’s efforts are informed by past sanctions evasion experiences in Iran and Venezuela. To fight Russian sanctions evasion efforts, further export controls and new sanction targets are scheduled to be announced in the next days and weeks, according to the official.

The Treasury Department’s Financial Crimes Enforcement Network issued an advisory on Monday, warning financial institutions to be “vigilant” about any attempts to circumvent sanctions related to Russia’s war in Ukraine.

“Although we have not detected widespread evasion of our sanctions utilizing means such as cryptocurrencies,” acting Director Him Das said in a statement, “early reporting of suspected behavior contributes to our national security and our efforts to protect Ukraine and its people.” 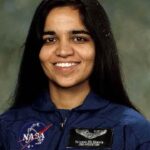 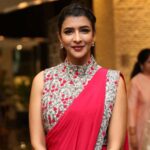