To call a piece “timeless” in the world of nanotechnology is almost impossible to surpass.

The vehement pursuit of value and utility for NFT creators and collectors has often led them to question what combinations of creative and immutable qualities have lasting power. However, most NFT (non-fungible token) projects have left little impact beneath their surface qualities.

With a spotlight shining brightly on the NFT space, Aloe Blacc became consumed with an idea which could create social change. As a tribute to his late friend and collaborator, Avicii, Blacc became determined to seize the moment.

It all began in 2013 when Blacc approached Avicii’s father, Klas Bergling, as well as his record label to open the doors for a new NFT that would help raise awareness of mental health issues and support the Tim Bergling Foundation.

A stroke of luck led Blacc to connect with designer Alex Alpert on Clubhouse, a social media platform for disruptive technology and cryptocurrency conversations. The two jumped in on the topic during a discussion in one of the rooms, and quickly became friends.

“When Aloe reached out to me and talked about a possible collaboration I was very excited by the prospect of doing a tribute to Avicii, somebody who I respect so much as an artist, I also saw it as an opportunity to use the NFT space to promote awareness of mental health and try to destigmatize it, which is something I’m passionate about.”

NFT collectors are on a constant quest to find something new and unique, and Blacc and Alpert’s tribute piece has its own unique charm that would make it a great addition to any collection. It seems as if it’s always something new to see-just like Avicii creating a timeless melody when he saw a piano.

Alpert helped Blacc grasp what Alpert was picturing when he wrote “Wake Me Up” all those years ago after talking to him about his vision. Blacc explains that the canvas is chaotic by design. Then, capturing those secondhand memories through a stream of consciousness-style exercise -Alex utilized Blacc’s articulation by utilizing the generational anthem as a musical backdrop.

“For me, ‘Wake Me Up’ is a song of nostalgia. Thinking back to the days of my adolescence, being carefree, taking risks, having fun, It’s also a song of hope—hope for the future. It’s about wanting to make new memories, do amazing things, and achieve my goals.”

Nonetheless, this respective NFT collection’s significance goes much deeper. The piece de resistance is its alleged connection to Avicii. The lucky recipient of the unique collectibles, Blacc says, can help carry on Avicii’s legacy.

“I think if [Avicii] was around he certainly would have been one of the first music artists to engage in the world of NFTs, As a proxy or representative of his legacy—because of the music we’ve made—I want his legacy to be a part of it.” 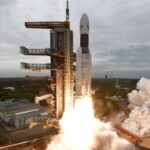 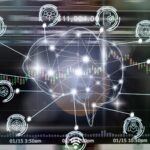