The Indian Space Research Organization is the national space agency of the Republic of India, headquartered in Bengaluru. ISRO is directly overseen by the prime minister of India, while its chairman serves as the executive of the Department of Space. ISRO is rapidly becoming the next space superpower with previous missions such as the Mangalyaan Mars orbiter and the Chandrayaan moon mission, and future plans for the Venus probe, the new space station, and crewed missions!

NASA is a federal agency of the United States space agency and an intergovernmental civilian space agency that operates as a component of the National Aeronautics and Space Administration (NASA). NASA’s mission is “to pioneer the future in space exploration, scientific discovery, and aeronautics research.” NASA has been involved in many groundbreaking scientific discoveries including those of Pluto, Mars, the Moon, and Jupiter. India’s budget is $3.6 billion which is about 4% of NASA’s budget. So with the budget of NASA, ISRO can propel faster with it’s objectives.

There are many remote sensing satellites in operation in India today, making it one of the world’s largest networks. Currently, *thirteen* operational satellites are in Sun-synchronous orbit – RESOURCESAT-1, 2, 2A CARTOSAT-1, 2, 2A, 2B, RISAT-1 and 2, OCEANSAT-2, Megha-Tropiques, SARAL and SCATSAT-1, and *four* in Geostationary orbit- INSAT-3D, Kalpana & INSAT 3A, INSAT -3DR. Different types of instruments have been flown onboard these satellites to offer necessary data in a wide range of spatial, spectral and temporal resolutions to satisfy different user requirements both in the country and globally. Many different applications can be made from the data provided by these satellites, including agriculture, water resources, urban planning, rural development, mineral prospecting, the environment, forestry, and ocean resources.

In response to delays caused by COVID-19, the Indian Space Research Organisation (ISRO) has revised its launch schedule for human spaceflight missions and the Chandrayaan-3 lunar landing. The launch was originally scheduled for August 2022 to mark the 75th anniversary of Indian Independence. Chandrayaan-2 experienced a last-minute glitch that caused soft landing to fail, so another moon mission for soft landing was proposed. Chandrayaan-3 will consist of a lander and rover like Chandrayaan-2, but without an orbiter.

India is going to send its Mars Orbiter Mission 2, also called Mangalyaan-2, to Mars orbit in 2024. This launch will be a lot more complicated than the first one. Mars Orbiter Mission 2 is the second interplanetary mission planned by the Indian Space Research Organisation. The main objective of this mission is to study the Martian atmosphere and to prepare for future human missions. The spacecraft will be travelling in a highly elliptical orbit, which will take it as close as 15 km and as far as 780,000 km from the planet’s surface.

It is intended to be the first spacecraft of the Indian Human Spaceflight Programme. Gaganyaan is designed to carry three people, and a planned upgrade will include rendezvous and docking capabilities. ISRO’s first crewed mission will orbit Earth at 400 km (250 mi) altitude with a two- or three-person crew on board a largely autonomous 5.3 t (12,000 lb) capsule. This project was launched in August 2018 in anticipation of a mission to mark India’s 75th anniversary of independence in 2022, but has been delayed because of the coronavirus pandemic.

The Shukrayaan 1 mission is a proposed orbiter to Venus by the Indian Space Research Organisation (ISRO) to study the surface and atmosphere of Venus. This mission is part of India’s vision for a human spaceflight program that includes missions to Mars, the Moon, and an asteroid. The Venus craft will carry an orbiter payload, which will include a lidar instrument and cameras. The launch date is December 2024 or mid-2026.

It was not a priority for ISRO before it announced the Gaganyaan mission in August 2018, but it had been working on related technologies and carried out atmospheric re-entry experiments and pad abort tests for the mission. In December 2018, the government approved a further 100 billion ($1.5 billion) for a 7-day crewed mission of 2-3 astronauts. Upon completion, India will be the fourth nation to conduct independent human spaceflight, joining the Soviet Union/Russia, the United States, and China. The agency plans to begin development of a space station, lunar landings, and interplanetary missions in the future.

The Aditya-1 mission was intended to be a 400kg satellite carrying just VELC and be launched into an 800 km low earth orbit. In the halo orbit of the Lagrangian point 1 (L1) of the Sun-Earth system, a satellite can continuously observe the Sun without any occultation or eclipse. It was decided to change the name of the mission to Aditya-L1 and insert it into a halo orbit of 1.5 million km around the L1 satellite. The satellite will carry additional six payloads with more extensive science measurements.

It is on the road to changing from an end-to-end provider for India’s space program to a facilitator. The latest budget allocation indicates that the Indian government intends to give private actors a serious role in the second space age. Even though India faced a cash crunch due to the COVID-19 pandemic, its spending on space exploration increased by 3.5%. 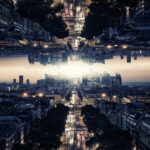 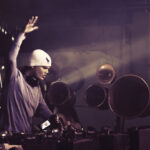