Deadmau5 collaborated with the Worldwide Asset eXchange (WAX) in December to release a limited series of NFTs carrying digital collectibles.

In the years since, artists such as Gramatik, Adventure Club, Steve Aoki and others have announced plans to join the NFT movement.

In the electronic music sphere, Linkin Park’s Mike Shinoda just sold a digital piece for $3,000. Furthermore, Portugal. The Man is the first mainstream act to come out with its own cryptocurrency. In addition to the $PTM coin, Grimes recently posted her latest digital artwork for auction, selling around $6 million of digital artworks. The band also launched its archive of live footage and outtakes in January.

NFT stands for non-fungible token, which is essentially unique digital collectibles that are unrepeatable. They are stored on decentralized blockchains, and, most importantly, can be tracked via blockchain. These are collectible items which, given how the world has adopted digital technologies, make our desire for them very high and the entire world of digitally generated NFT is destined for exponential growth in the years to come.

Blockchains and distributed ledgers are commonly used to track ownership of digital assets such as cryptocurrency such as bitcoin, and can track things like tokens and cryptocurrency.

As a result of the pandemic artists have found new sources of income, such as NFT auctions, and will likely explore this sector further in the coming years.

Unlike traditional bank accounts, NFTs give buyers and sellers the ability to exchange anything without the hassle of paperwork or transfers. With NFTs, you can even get paid royalties based on the exchange. Blockchain technology helps the music industry gain access to merch royalty payments.

In theory, an artist or band could also move the rights for their entire discography to an NFT, or perhaps just for a track, album, or special release. The NFT owner would be able to collect royalties from any commercial use of the tracks.

Further, the success of blockchain technology and cryptocurrencies will soon result in a revolution in how music is done. We can already foresee a day when artists receive cryptocurrency as streaming payments from Apple, Spotify, Amazon, and YouTube, eliminating the slow, antiquated practices of banks. Crypto payouts would also eliminate lengthy, unnecessary delays, as well as currency conversion issues, such as when Amazon UK pays streaming royalties to an American artist.

As a current practice, paying royalties from record labels to artists is a laborious task involving multiple bill-pay systems, a glut of vendors and software platforms, and endless paperwork. Those royalties can take three to five business days. If I had a cryptocurrency address for someone and we had direct payments via blockchain, then I could send them their royalties right away.”

The blockchain revolution is not limited to cryptocurrencies and NFT auctions. This technology could be used to store contracts and other sensitive information pertaining to a musician’s career, including rider information and tour dates.

Blockchain technology may also entail increasing the transparency of the music industry, as artists and industry professionals will finally be able to see where their money is coming from. Blockchain technology could track and update an artist’s earnings automatically, showing them exactly where their money comes from-including their merch, touring, licensing, streaming royalties, and more. This is not yet possible, but is indeed possible in the near future.

If tickets were linked to the blockchain, they would essentially become an NFT, causing the market for ticket scalpers to prosper. Through blockchain technology, organizers can set the rules for tickets including prices, the amount they can be resold, age requirements to purchase, etc. Blockchain technology allows you to specify conditions that can be controlled using a cell phone or computer, so you can control where the ticket ends up and who can use it. Furthermore, if the ticket is resold the musicians or promoters get a cut of the extra money.

Of course, we could also use blockchain technology and cryptocurrencies in order to incentivize fans to contribute more funds to artists via live stream tipping, special merchandise releases, and more.

The impact of blockchain technology on the music industry has been blown wide open by the introduction of NFTs, but the applications in the music world are almost limitless, based on how new these technologies are still and how much room for growth and application still exists.

Surely, in the months and years to come, blockchain technology will be found in the music business, but if one thing is for sure, it’s the sale and auction of NFTs, which are just beginning and will be seen more frequently in the future. 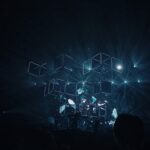 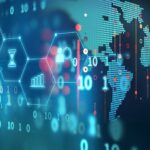