Music industry performers have made millions by selling non-fungible tokens this year. The sale of these digital assets makes tens of millions of dollars.

A number of major music companies and investors are also looking for technology platforms that develop NFTs for artists and brands, along with firms that offer investment opportunities.

The NFT marketplace Bitski, founded by a group of prominent investors with experience in entertainment, sports, music and gaming, announced today that it has raised $19 million in series A funding. Roc Nation’s Jay Brown, Troy Carter, Jay-Z, Endeavor’s Ari Emanuel, and 3LAU are among the firm’s new investors.

A platform for brands, game developers, and consumers, Bitski launched in 2018 lets them create, sell, and purchase NFTs.

Besides strengthening its ambitions to make the NFT market more accessible for creators, brands, and enterprises, this investment phase will also enable the company to “advance the progress of NFT businesses”.

During a free trial period, Bitski offers a free plan up until you publish a NFT; after that, it has three monthly subscription levels that range from $99.00 to $1,499.00.

“I’m so excited to be able to play a small role investing in a company that is doing some really incredible things in the commercialization and accessibility of digital goods.

“Lead by an incredible founder in Donnie, Bitski has from day one had a firm vision as a platform, and is fast becoming a destination for brands and developers to plug into and easily transact in this new frontier of e-commerce.”

The startup’s customers include large brands such as Adidas, whose debut NFT was released today (May 6), which was designed by No. 1 NFL draft pick Trevor Lawrence. Also released by their company is WWE’s NFT collection featuring Undertaker. METAPIGEON’s custom storefront was also developed by Bitski for RTFKT and Stopel Design founder Jeff Staple.

“Bitski’s deliberate focus on simplifying the distribution and creation of NFTs is really exciting” .

“Years of work building a secure and scalable crypto infrastructure has them perfectly positioned to be the best on-ramp to NFTs for brands and creators.” 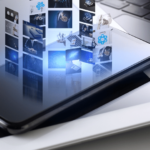