Socios.com, a sports tokenization platform, has announced that Royal Challengers Bangalore, Kolkata Knight Riders, and Punjab Kings will be launching their own tokens in the near future.

A catastrophic Coronavirus outbreak that is currently wreaking havoc in India has recently led to the suspension of the Indian Premier League.

“The suspension of IPL was an unfortunate, but very much a necessary step to protect the safety of the players. We were keen to look at new ways of enhancing and optimizing how we engage with our fans, and Socios.com seemed like the right fit,”

In straightforward terms, Socios.com offers popular sports teams collectible fan tokens based on blockchain technology. It was founded by the blockchain startup Chiliz to provide “the world’s leading sporting organizations with the tools to engage with and monetize their global fanbases”.

As a result of the three new teams joining Socios, the company’s roster of partners now stands at over 30—including renowned sports organizations such as the United States National Football League and the Professional Fighters League.

“The suspension of the league was a vital step in the fight against COVID-19 in India, but Royal Challengers Bangalore, Punjab Kings and Kolkata Knight Riders all see this period of on-field inactivity as an opportunity to begin exploring the range of possibilities partnering with Socios.com offers,” noted CEO of Chiliz and Socios.com Alexandre Dreyfus.

According to him, cricket is the second most popular sport in the world, and it is crucial to turn passive fans into active ones for its future.

The nation of India also raised over $1 billion in digital assets in a fundraiser in June for its second COVID wave, thanks to its use of cryptocurrencies. One factor might have been Ethereum creator Vitalik Buterin’s enormous contribution of “meme coins” yesterday. 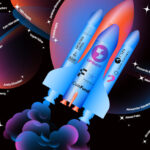 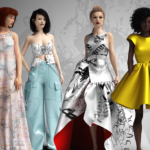