With a stash of 4 million AVAX tokens (worth $290 million at today’s rates), the Avalanche Foundation unveiled a huge drive to woo top projects on Tuesday.

The endeavour aims to promote Avalanche’s “subnet” capability, which allows application-specific blockchains – such as those for Web 3 gaming or decentralised finance (DeFi) – to be put up at scale.

DeFi Kingdoms, a popular game that moved to Avalanche in December, is one of the first targets of the so-called “Multiverse” programme. According to a news statement issued Tuesday, the initiative will result in the creation of CRYSTAL, a new Avalanche-native currency that will complement the game’s existing JEWEL token.

The latest round of funding reflects the ongoing competition among newer foundation layers for the smart-contract mindshare that Ethereum has long held.

Aave creator Stani Kulechov stated in a statement that identity and compliance checks integrated into particular subnets might be a benefit for institutional DeFi.

“This is a huge step toward a future where traditional and decentralised finance are no longer separated,” he said.

Technically, projects that use their own “subnet” blockchains will minimise rivalry for pooled resources, which has proven a problem on Ethereum for events like popular non-fungible token (NFT) drops.

Polkadot (with its “parachains”) and Cosmos (with its “zones”) are two more blockchains that advertise comparable capabilities. 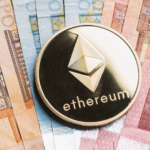 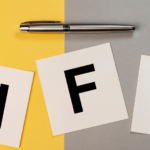