The Terra network has overtook Ethereum in terms of total staked value, dealing another blow to Ethereum’s dominance as the cryptocurrency that will endure the test of time. Terra’s native coin (LUNA) has a total staked value of over $26 billion, according to crypto staking statistics service Staking Rewards, compared to Ether’s worth of over $24 billion. With $32 billion, Solana stayed in first place, followed by Cardano and Avalanche in fourth and fifth place, respectively.

Cryptocurrencies that use the proof-of-work (POW) mining mechanism use a system called staking. Miners must stake their own cryptocurrency to be eligible for mining rewards under this method.

The POW mechanism, unlike proof-of-stake (POS), does not reward all miners on the network. Who is paid is determined by the amount of risk they take, and mistakes result in a reduction in this risk. More stakers indicate more miners trust the network, which means more transactions can be validated. The annual staking payouts for LUNA are 6.62 percent, compared to 4.81 percent for ETH.

To be clear, the greater staking value does not imply that Ethereum is any less valuable. In fact, after Bitcoin, Ether is the second most valuable cryptocurrency in terms of market capitalization. Ether is the second most valuable cryptocurrency, valued at over $309 billion, according to Coinmarketcap, while Terra is ranked seventh, valued at over $29 billion. The price of Ether was over $2500, and the price of LUNA was around $81.

What difference does it make?

The POS mining technique has long been regarded as a more ecologically friendly method of mining cryptocurrencies. According to reports, the POS system uses 99 percent less energy than the POW method. The Ethereum network consumes more energy per year than the Netherlands, according to Digiconomist, and a single Ethereum transaction can require as much energy as an average US household.

Currently, both Ethereum and Bitcoin employ the POW system, but the London Hard Fork for Ethereum in August of last year kicked off the POS system. Later this year, Ethereum will upgrade to version 2.0, which will completely convert the network to a POS system. The Ethereum network will also require a high number of stakers for this to succeed.

To be fair, given that Ethereum hasn’t fully transitioned to POS yet, the current number of stakers on the network is understandable. Other networks that run entirely on POS systems include Solana, Cardano, and BNB Chain (previously Binance Smart Chain). 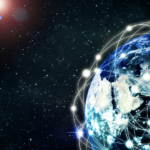 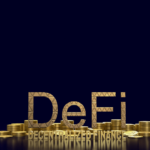