There is no shortage of hearing aids, and they’re not exactly new technology either, but that doesn’t mean that they can’t be improved upon, nor that their design has been nailed down. Granted, many improvements have been made to sensitivity, features, and size, but Fujitsu believes they may be able to come up with an even better solution.

Hearing aids aren’t new technology, and they’re not without their limitations either — but that doesn’t mean they can’t be improved on or designed better. While Fujitsu has made improvements to sensitivity, features, and size, it believes they may be able to offer a better solution than the current one.

With Ontenna, you can put yourself on the list of life-changing gadgets. Wearers of the barrette-shaped device feel sound through their hair in combination with haptic feedback and a microphone.

With 1,000 units of this wearable set coming to market hopefully this year, the device which is designed to assist the deaf was already demonstrated in prototype form last year.

Fujitsu user interface designer Tatsuya Honda began the project as a student and compared how the technology works to how a cat’s whiskers sense motion in the air.

This device works differently than a hearing aid replacement, as it responds to the loudness and rhythm of sounds instead of merely letting you hear. When people shout, the wearable hair clip vibrates harder.

According to the Ontenna’s website, there will be 256 different feedback levels, similar to bone conducting headphones. It moves that technology from the skin to the hair, so the difference is quite significant. It appears that both skin and clothing technology were investigated, though the hair ultimately provided the position where the wearer could sense sound best.

There will be two versions of Ontennas available: one will connect via Bluetooth to a companion app, and the other will not require Bluetooth connectivity. With that in mind, the price is being kept under $100 so you can own this smart hair clip without breaking the bank.

A new controller has recently been developed. The Ontenna can be linked up with the controller. When the controller is used, a number of Ontennas can be vibrated and lit up at the same time. Mikiko Suwa, a music teacher, in an interview said, “I’m in charge of music at Hachinohe School for the deaf, today we performed a piece called “Moon Over the Ruined Castle” with the shamisen. When we performed the melody, we matched the rhythm and tempo with the controller. One of her student said, “the first time I saw the Ontenna, it was so small, I wasn’t sure it would be able to pick up sound but when I actually used it, I was able to understand the rhythm.”

2. Neosensory Buzz – A wristband that enhances the sense of hearing in the hearing-impaired

Can you imagine how it would feel to be able to hear doorbells ringing, alarm clocks buzzing, and water faucets accidentally dripping?

The new device transforms sound into dynamic patterns of vibrations, making it easy for the hearing-impaired to receive vital information. Neosensory Buzz creates a new channel to the brain to process auditory information via the nervous system, exactly like the cochlea in the ear. (People without hearing loss can wear it too.)

In 2013, Dr. David Eagleman, PhD, a Stanford University neuroscientist, and Dr. Scott Novich, PhD, co-founder and chief scientist of Neosensory, began to explore sensory substitutions for the Deaf. By creating technology that uses the sense of touch to transmit data to the brain, they are able to create what is known as haptic feedback.

Eagleman proposed that the brain resides in a vault of darkness and silence inside the skull, but nevertheless, it creates our world by connecting the eyes, ears, and fingers, which are all peripheral sensory devices. “Your brain doesn’t care where the information comes from, and it doesn’t know how it got there. Fundamentally, it is always trying to transfer information from one sense to another. The machine just learns what to do with the information it receives.”

The settings can be adjusted via a smartphone app

There are three modes for configuring Buzz:

A vibration pattern can also be customized with the wearable’s alarm setting.

The difference between Buzz and existing assistive technology

Hearing aid accessories and assistive listening devices, such as loop and FM systems, rely on amplification to deliver sound. In addition to using touch and sight to alert users to alarm situations, assistive alerting devices use bed shakers and flashing strobe lights. The free SoundWatch app for watches running Google Android OS identifies sounds and displays them on the watch face as text.

By rerouting sounds through the skin, Buzz feeds sound information directly to the brain. It is intended for both Deaf and hearing individuals with hearing aids or assistive listening devices. The Buzz hearing system is described as a tri-modal experience by Buzz users.

Eagleman explained that participants are seeing someone’s lips move and hearing something through their ears. They are also feeling vibrations on their bodies. “When they put all three of those channels together they get a really rich sense of what’s going on.”

A new device in 2021 will be manufactured by Neosensory using the same hardware but using a different algorithm. This technology translates high-frequency phonemes into vibrations that are felt at a very particular place on the wrist.

There are different phonemes that differentiate between words. With high-frequency hearing loss, for example, it can be hard to distinguish between f, h, and s. Cross-sensory boosting is the name given to Eagleman’s patented technology.

“For people with age-related hearing loss, it’s just a few phonemes that start getting hard to hear,” Eagleman said. “With cross-sensory boosting, your ears still do most of the work but the wristband tells you which phoneme was just said. It allows people to understand what’s happening with speech in particular.”

Currently, Buzz is sold all over the world. “Buzz helps you hear through your skin,” Eagleman said. “It’s essentially doing exactly what the brain is doing. What people are feeling is that now they’re tapped into the auditory world.”

3. Versatile Extra-Sensory Transducer, or VEST- A device that lets you “Listen” with your skin

Would it be different if our bodies had another way of hearing things around us besides our eardrums?

Exactly five years ago, neuroscientist David Eagleman wondered the same thing. Seeing the large sound jack on the body, he looked for answers. “Our skin is this giant input channel that we are not using,” he explains.

Hence, Eagleman developed the VEST, or Versatile Extra-Sensory Transducer, along with Scott Novich, a student at Baylor School of Medicine. Wearing the VEST system is as simple as it sounds. Sound waves are translated into vibrations by 32 motors on your back.

An audio sample is first made up of a set of frequencies by a computer or smartphone, which then analyzes the sound. One of the 32 motors in the VEST is triggered by each of the frequency bands. After some time and practice, your brain reveals that the series of vibrations you experience is sound – and that words are the individual sounds.

Eagleman says there are no theories that justify this not being as good as the ears.

His VEST has been used to train deaf individuals to recognize single words to date. The end goal is to help them understand full sentences, and then to be able to carry on a conversation. Eagleman found that children, with more malleable brains, learned how to interpret the VEST more readily than adults.

A device developed by Eagleman could one day be used to cope with complex environments in dozens of professions. Vibrations from the VEST could be used by pilots to determine a plane’s status. As astronauts boarded the International Space Station, they could literally feel its health. A startup company started by Eagleman and Novich, Neosensory, is working on developing the VEST so we can all use this sixth sense someday. Streaming information into the system has endless possibilities, Eagleman says. 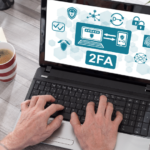 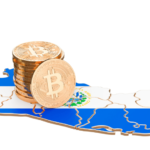