CES, one of the world’s largest technology trade fairs, opens in Las Vegas on Wednesday with its first in-person event since the outbreak began. While the conference in 2022 may look a little different, it will still feature the same mix of creative and quirky items that it does every year.

Aside from laptops, tablets, and smartphones, the event will include a variety of unusual devices, such as dehumidifying earphones (yep, you read that correctly), smart light bulbs that track your sleep, and even smart bath technology that allows a bathtub to fill itself.

Based on business announcements and a press day on Tuesday, here are some of the most anticipated products at CES 2022.

Samsung’s new Galaxy S21 FE 5G smartphone — FE stands for “fan edition” — takes some of the best features from the company’s existing S21 range and puts them into a more affordable package. For the same processors, refresh rates, and triple camera system, the smartphone, which starts at $699 and is available on January 11, costs $100 less than last year’s S21. It’s somewhat larger than the S21, with a 6.4-inch Dynamic AMOLED display, an aluminium frame, a modest camera bump from the phone’s edge, and a fingerprint scanner. Although it isn’t as showy as the S21, the lower price and variety of hues — olive, lavender, white, or silver — may make it an attractive option.

Alienware, Dell’s gaming hardware business, demonstrated Concept Nyx, a gaming system that allows you to easily move from playing a game on a PC in the bedroom to playing on a TV screen in the living room, all while using a single controller. The technology, which is still in the prototype stage, would rely on edge computing, which might result in increased bandwidth and less lags while playing.

Sengled’s latest smart light bulb monitors your sleeping habits without the use of a smartwatch. Radar technology has been introduced to the lighting company’s bulbs, which detects biometric parameters such as heart rate, body temperature, and other vital indications. According to the business, multiple Bluetooth-enabled lights used together in a home can build a mesh network that can “help identify human behaviour, determine if someone has fallen, and send for aid.”

Bird Buddy, a $199 camera-enabled bird feeder, could help if you’ve ever wanted to get up close and personal with the feathered visitors to your yard. The feeder connects to your home WiFi network, records images and videos of visiting birds, and broadcasts live to an app on your phone. It’s available for pre-order now and will ship in June. The app utilises artificial intelligence to inform you what kind of birds you’re looking at and saves an album of bird visitors that you can share with family and friends.

Have you ever gotten tired of waiting for your bathtub to fill up at the end of the day? Most people have probably never considered it, but Kohler has introduced new “PerfectFill Smart Bathing” technology that allows users to specify their preferred bath temperature and fill levels (as well as their children’s or partner’s) and draw a bath with a voice command. The device, which starts at $2,700, hasn’t arrived yet, but the company has a link on its website where customers may sign up to be notified when it does.

Samsung’s own accelerator programme, C-Lab companies, did not disappoint this year, with some unexpected but fascinating goods. Instead of implanted microchips, the Petnow app allows you to use your dog’s nose print to identify them if they go lost. The programme analyses the unique creases in a dog’s nose — which, like fingerprints, remain unchanged throughout time — and tries to reunite pets with their owners.

Prinker Korea’s software allows you to create temporary tattoos by choosing a design and then printing it on your skin using a mobile device, which costs $199. Linkface’s DearBuds – Bluetooth-enabled earbuds — measure humidity within the ear, which the developers claim causes bacteria overgrowth, and provide light and heat to relieve sticky and damp ear canals. (Last year, the business exceeded its Kickstarter target, but it had to halt funding owing to problems getting parts for the earphones and said it wanted to modify the product.)

John Deere has long sold tractors with GPS-guided automated steering, but its newest model, which will be released later this year, will till the fields by itself. The autonomous farm tractor is equipped with six stereo cameras and a slew of sensors, allowing farmers to track its progress using a smartphone app that delivers real-time data and video. Meanwhile, the built-in AI will keep a watch out for any potential issues. If something appears to be incorrect, the tractor might come to a halt and seek assistance from the farmer.

Dell’s XPS 13 laptop has undergone a few substantial alterations, the most notable of which being the addition of a “capacitive function row” in place of the F buttons, which allows users to adjust the brightness and volume, similar to Apple’s controversial digital touch bar. However, early reviews praise the change, as well as the addition of a glass haptic trackpad, which is becoming more common in slimmer laptops. The stylish premium laptop will be available this spring, with a starting price of $1,100.

Samsung’s new Freestyle ($899) device combines the personalization features of Samsung’s smart TVs with the portability of a smartphone. The portable, elegant projector, which weighs less than two pounds, delivers fantastic entertainment experiences at any time and in any location. As you lay in bed, it will play music, display ornamental lighting, and project videos onto the walls or ceiling.

CES is the world’s gathering place for all who thrive on the business of consumer technologies. This event draws the world’s business professionals, and tech enthusiasts to the Las Vegas Convention Center, January 8 to 11, 2022. The newest and most innovative products are unveiled at CES for attendees to take back to their companies, and implement in their everyday lives. 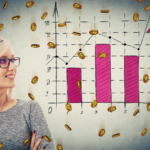 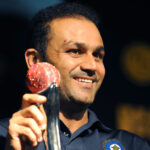