Ethereum is likely the most valuable altcoin on the market, but there is debate over whether it truly qualifies as one because its market cap of $557 billion dwarfs that of any other cryptocurrency. We’ve left Ethereum out of the equation for the sake of this analysis, and instead concentrated on cryptocurrencies that haven’t been around as long.

The cryptocurrency market experienced a bull run in October, which spilled over into November, prompting many to declare that altcoin season has arrived. Smaller cryptocurrencies gained even more in percentage since they were underpriced in compared to Bitcoin and Ethereum. These altcoins are attracting investors because they have greater room for growth, resulting in more earnings.

Here are the top 15 cryptocurrencies in the market to keep an eye on, along with why they show promise and what could go wrong:

Solana took off in 2020, thanks to its own blockchain, the ability to integrate with tokens from other networks, and fast transaction speeds — at least in comparison to Ethereum, which was quickly becoming the go-to cryptocurrency for developers looking to create smart contracts such as non-fungible tokens (NFTs) and decentralised finance (DeFi) apps.

Solana is viewed as a good fit for high-throughput decentralised finance (DeFi) systems, as it consumes less processing power than Ethereum. As a result, it was dubbed a “Ethereum Killer” by the crypto community, despite the fact that Solana’s network meltdown took away some of the lustre and recent upgrades enhanced Ethereum’s own capacity.

Independent developers have built approximately 500 dApps on Solana as of this writing, the majority of which are linked to financial, such as lending and borrowing. DeFi services, NFT trade, play-to-earn (P2E) games like Star Atlas, and dating services are all examples of these uses. And they all require Solana tokens to transact, explaining its 100-fold increase in value this year, landing it among the world’s top ten most valuable cryptocurrencies.

Some financial institutions, such as Axis Bank and Yes Bank, use Ripple’s XRP, also known as OpenCoin, to move payments across borders faster and cheaper than existing methods, such as NEFT, RTGS, or the most widely used SWIFT. The blockchain network is known as XRP Ledger, the coin is known as XRP, and the firm that makes it all possible is known as Ripple.

The XRP Ledger claims to be more scalable than Ethereum, meaning it can execute more transactions per second for less money.

Ripple has invested in the NFT marketplace Mintable and announced a $250 million creators fund for innovation to allow artists sell their NFTs on the XRP Ledger, in addition to XRP. Ripple has stated that they are looking forward to developing CBDCs that are interoperable. However, because of its impact on fiat currencies, the US Securities and Exchange Commission (SEC) has begun to scrutinise XRP, which has made deep inroads into the financial system. And it doesn’t appear that they’re any closer to making a final choice.

Another ‘Ethereum Killer,’ this initiative from a Swiss research foundation aims for interoperability, scalability, and security via ‘parachains.’ Transacting with DOT is so cheaper and faster compared with other cryptocurrencies. Polkadot’s maximum supply allocation is presently 1 billion DOT tokens.

Polkadot is a blockchain communication protocol that is presently used by 511 projects. Transactions and banking are common use cases, but there are also more unusual ones like file storage and identity verification. The Polkadot blockchain is anticipated to add more features shortly, and its valuations have reached all-time highs this week.

The Dogecoin payment system, which was launched in 2013, was conceived as a joke by its creators. It turns out that a Shiba Inu meme, attractive dogs, and cryptocurrency were all potent enough to catch the attention of tech millionaire Elon Musk in the end. He enjoyed it, so did his followers, and the rest is history.

Dogecoin had been used for tipping on internet forums and donations for many years before to that. When it was first developed, it was similar to Bitcoin and Litecoin, with a few key differences, such as no limit on the number of coins that can be mined, thereby making supply limitless over time. Its value has increased 45-fold so far this year, and investors will have to decide whether volatility will drive this coin up or down.

According to Terra, the startup behind the LUNA token, this blockchain aims to establish a more digital and efficient financial system. On top of the Terra network, LUNA permits smart contracts and the creation of DApps, including DeFi protocols like Anchor and Mirror. They’ve also worked with payment and e-commerce platforms in Korea, including as TMON and Yanolja, to increase adoption.

Terra creates’ stablecoins’ by using the day-to-day price stability of fiat currencies, similar to how Tether utilises the US Dollar as a peg to generate the USDT cryptocurrency. Terra provides a stablecoin currency basket that is tied to the USD/EUR/GBP/SDR/JPY/KRW/CNY/MNT currencies. When these currencies’ transaction volumes rise, they sell native LUNA to achieve price stability — liquidity to match the fiat currency in circulation — and then buy it back when transaction volumes fall.

UNI is an Ethereum-based ERC-20 token that has been traded since September 2020 and was given to users of Uniswap’s decentralised exchange (DEX). Uniswap eliminates exchange liquidity issues and allows users to trade DeFi tokens. UNI tokens have a current supply limit of one billion units.

The US Securities and Exchange Commission (SEC) reviewed Uniswap in September to see if DeFi trades should be regulated under the securities framework. If they can weather the storm, DeFi’s trajectory will likely propel UNI higher.

In mid-2017, Bitcoin Cash split from Bitcoin, with all Bitcoin holders receiving matching Bitcoin Cash. As a result, it is an altcoin that has many of Bitcoin’s characteristics, including being open, decentralised, blockchain-based,’mined’ for use, and having a supply cap of 21 million coins.

When you look at their fundamental goals, you can see the contrast between the two. At the time, Bitcoin was viewed as more of an item that stored value, similar to gold, but Bitcoin Cash proponents intended it to be used for transactions, similar to cash. According to the Bitcoin Cash website, the global gold market is only about $10 trillion, whereas the global cash market is worth ten times that. Because of its use case as payments between people for products and services, as well as micro-transactions such as tipping content producers or rewarding app users, the company believes BCH is more ‘usable’ and has a ‘higher upside potential.’

BCH is also said to be “greener” than Bitcoin because it allows for faster transactions with reduced costs. A huge amount of BCH held in the Mt Gox case is scheduled to be released to owners soon, potentially leading to a supply glut.

LINK is an ERC-677 token that can be used to create ‘data-driven smart contracts’ on Ethereum, Solana, and Polygon. It is unique in that it may use a ‘oracle’ to interface with data from the outside world, such as price, weather, and order books.

The major objective for this is to’shift’ liquidity from Bitcoin’s networks to the Ethereum blockchain, allowing users to participate in DeFi services that would otherwise be unavailable to Bitcoin users. Trading, staking, margin trading, lending and borrowing, gaming, DApps, and smart contracts are all available as DeFi services for WBTC.

WBTC has no upper limit, and transactions are completed 40 times faster than they are with BTC. BitGo and Kyber Network are among its backers, claiming to keep a 1:1 ratio of WBTC tokens to BTC reserves and to be the centralised custodian of BTC.

Litecoin is an altcoin that was forked from Bitcoin and is considered the first among Bitcoin alternatives. It shares many qualities with Bitcoin, therefore it benefits from the same advantages as its parent currency.

Litecoin was forked before Bitcoin Cash for the same reason: to be used as a currency for frequent transactions with cheap transaction costs, at least when compared to Bitcoin. Notably, LTC claims to be far faster than BTC at processing transactions, as well as being more secure and efficient for smaller commercial transactions.

However, because LTC has a supply limit of 84 million coins, it is a potentially valuable asset. Since its inception in 2011, Litecoin has grown in popularity to the point that it can now be purchased with a debit card or deposited into a bank account.

With a supply cap of 1.97 billion units, Filecoin has been operating on its own blockchain since mid-2020. It is designed to facilitate global use of unoccupied storage space by specialising in decentralised network storage utilising the Interplanetary File Storage (IPFS) protocol. Consider it a distributed alternative to Dropbox/Google/Microsoft/centralized AWS’s cloud storage services.

If you’ve ever watched the TV show Silicon Valley, you’ll recognise this as one of the goals that PiedPiper’s software attempts to achieve.

Users can pay in Filecoin for efficient, low-cost storage, and storage nodes will be paid in Filecoin as well. The network had 13.3 exabytes of storage capacity at last count, and a Terabyte cost $1.54 – not bad considering the commercial competition. It appears to be so excellent that even crooks are discovering methods to make millions.

In 2016, Ethereum Classic (ETC) split from Ethereum (ETH) because to ideological differences that grew stronger over time. The core functionality remains the same, however the supply cap has been increased to 210.7 million ETC. With few tweaks, an application or smart contract that uses ETH might be converted to ETC.

Despite advancements after the split and a dedicated community, only a few prominent developers elected to utilise ETC. That’s why, according to outside observers, the surge in value this summer was due solely to demand from Grayscale Trust and tweets that mistook ETC with ETH.

AAVE has a current supply restriction of 16 million units, while some derivative exchanges may allow trading with up to 125x leverage. Aave’s ecosystem includes 30 firms that have developed DeFi products based on their protocol, as well as a constantly developing liquidity market.

Dash stands for ‘digital cash’ and was previously known as XCoin and Darkcoin in 2014. This cryptocurrency started as a fork of Litecoin, which was based on Bitcoin. Since then, Dash has developed substantially, but it remains primarily focused on being a decentralised global payments network that offers quick and low-cost transactions.

The private component, on the other hand, initially aided it but now hinders it. Even up to 2017, their PrivateSend service touted untraceable transactions as a key feature, comparing it favourably to Bitcoin. However, DashPay CEO Ryan Taylor has stated that Dash’s PrivateSend feature is merely a branded version of non-custodial CoinJoin, and that it is neither more nor less private than Bitcoin.

Dash appears to no longer want to be identified as a “privacy coin” after crypto exchanges such as ShapeShift and BitTrex delisted it. They launched DashDirect in July to let customers to shop at over one lakh store locations across the United States and encourage currency usage.

Aspen Coin can be compared to owning a share of a real estate corporation because it is the first of its type. The luxurious St.Regis Aspen Resort in the United States announced a Security Token Offering (STO) of this asset-backed security token in 2018.

Regulations required it to relocate from the Ethereum blockchain to the ‘Securitize platform,’ and it is currently traded using the Tezos currency. ASPD tokens appear to be held by exactly 26 persons, and the underlying asset has kept its value very consistent over time. 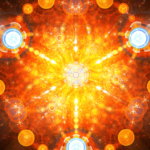 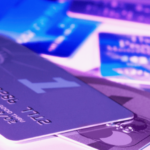