Apple is one of the most well guarded tech businesses, but that doesn’t mean we can’t predict what’s next.

With back-to-back debuts and a slew of new goods, Apple has had a busy year. Apple revealed the updated MacBook Pro, third-generation AirPods, new colours for the HomePod mini, and a new Apple Music subscription tier called the Voice plan last week. But there’s still a lot to look forward to in 2022, spanning over numerous events. The iPhone SE 3, a ‘pro-level Mac mini, updated MacBook Air, iPhone 14, and more are all expected.

Let’s gaze into the crystal ball to see what Apple has planned for 2022.

The iPhone SE 2 was a surprising smash when it was released at the start of the global epidemic at $399. Although the iPhone SE lacked a current look, it was successful because it provided enough reasons for regular consumers to upgrade during the pandemic. The next iPhone SE is expected to arrive early next year, with a classic design that has 5G capability and the latest A15 processor. Simply told, the new iPhone SE will follow the design language of the iPhone 8, but with upgraded internals.

In late 2020, Apple announced a new MacBook Air with the M1 processor, although the notebook’s successor could arrive in the middle of the following year. Although the MacBook Air is the most popular Mac on the market, its design hasn’t altered much in the last year. The upcoming MacBook Air, according to rumours, will have a small and light design with a flat-edge design and white bezels surrounding the display, as well as a revised keyboard. In fact, like the M1 iMac, it might be released in a variety of bright colours. The M2 processor, a 1080p webcam, a mini-LED display, and MagSafe are among the other significant features. Expect the next MacBook Air to be more expensive than the current model.

Many people were startled to find the ‘Mac mini Pro’ missing from Apple’s announcement of the new MacBook Pro with M1 Pro and M1 Max processors last week. Bloomberg reporter Mark Gurman speculated earlier this year that a redesigned Mac mini will be introduced at one of Apple’s fall events in 2021, but that didn’t materialise. Surprisingly, the next Mac mini will be completely redesigned rather than receiving a new chip. The so-called “Mac mini Pro” is said to have a plexiglass top and a magnetic power cord, as well as 4 Thunderbolt connectors, 2 USB-A connections, an ethernet port, and an HDMI port, according to rumours. The M1 Pro processor, which also powers the new MacBook Pro, will be the new Mac mini’s strongest selling point. Apple will be able to justify the Mac mini’s “pro” moniker by including the M1 Pro. The Intel-based Mac mini will be replaced by the future Mac mini with M1 Pro.

Apple does sell a 24-inch iMac with an M1 processor, but it’s aimed at budget-conscious customers. Apple is expected to release a new 27-inch iMac next year, according to ‘pro’ consumers. The next 27-inch all-in-one iMac is said to contain the newest M1 Pro processor under the hood. In addition, the 27-inch iMac is rumoured to come with a mini-LED display with ProMotion features, which will allow for an adaptable refresh rate of 24Hz to 120Hz. The new 27-inch iMac isn’t meant to be a replacement for the M1 desktops that were released in November.

Apple is undoubtedly working on the next-generation iPad Pro, which is expected to be released in 2022. With the M1 chip inside, the existing iPad Pro, particularly the 12.9-inch variant, is fairly powerful and boasts an upgraded screen employing Mini-LED technology. What will Apple do next with the iPad Pro is the question. Apple is likely to alter the iPad Pro’s design language, add wireless charging features, and extend the mini-LED screen technology to the 11-inch device. The next-generation iPad Pro could be accompanied by a new Apple Pencil.

The AirPods Pro haven’t been updated in over two years, and they’re due for a refresh. The second-generation AirPods Pro will most certainly be released next year and will not be stemless, but will likely incorporate a skin-detect sensor like the AirPods 3. There will be speaker holes at the bottom of the AirPods 2 case, though this has not been confirmed, as Apple is rumoured to be adding a new feature called “Find My for the case and buds separately.” Better audio and noise-cancelling capabilities could also be included.

Indeed Next year, Apple will release a new flagship iPhone. The new iPhone 14, which is expected to be released in the fall of 2022, will reportedly include a hole-punch front-facing camera, no camera hump, and a titanium chassis. TouchID under the display might potentially be included. According to reports, the iPhone 13 will be the final tiny iPhone. Instead, Apple is said to be ditching the mini-sized iPhone in favour of a second regular-sized iPhone with a larger screen. Next year, look for an A16 with improved performance and a 2TB storage option.

Although the Apple Car is still years away, Cupertino could debut its AR/VR headset in 2022. For years, Apple has been developing a virtual reality headgear that will apparently be a “high-end, niche product.” The headset would be the company’s first new hardware since the launching of the Apple Watch in 2015. According to a January report from Bloomberg, the device could include both virtual and augmented reality capabilities. The “N301” headset could contain 8K displays, eye-tracking technologies, and several cameras to track and record your hand movements. For quite some time, Sony, HTC, and Facebook have been experimenting with virtual reality technology.

The iPhone 13 series, the long-awaited AirPods 3, the redesigned iPad and iPad mini, the powerful MacBook Pro with the M1 Pro and M1 Max CPUs, and more were all released in 2021. All of this has piqued our interest in seeing what Apple products will be released in 2022. 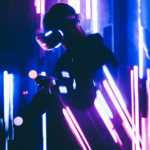 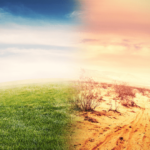