Subspace has been building out its parallel network over the last few years, employing its own networks and gear as well as relationships with providers of dark fibre, or internet surplus capacity. In a few weeks, it will launch its self-serve network-as-a-service. Developers, such as those who create real-time games, can leverage the network to provide real-time connectivity to their consumers.

In an interview, Bayan Towfiq, CEO of Subspace, said, “I identified this necessity where we live in a real-time environment and the present internet would not be able to continue in the future.”

Towfiq began working on this because critical apps that require real-time communication, such as gaming, are failing on the public internet. It was never designed for real-time interaction, and it suffers from issues like latency, jitter, and packet loss, which reduce engagement.

“For the past few years, our team at Subspace has built a network that is going to fundamentally change how multiplayer gaming is delivered,” said Towfiq. “Publishers that care about their customers have to see this. It reduces lag, reaches a larger audience, and increases security. Now we are taking that global private network to a wider audience.”

Headquartered in Los Angeles Subspace isn’t able to discuss its partners at this time, but I’ve had private roundtables with them on a couple of times when we discussed what has to happen in order for the metaverse to become a reality. (Because things change so quickly, we’ll have these sessions every several months.) According to Subspace, it has game firm clients with hundreds of millions of users.

Subspace, according to Towfiq, has constructed the quickest, most reliable, highly available, and secure internet application network. “Every millisecond counts,” says the slogan.

Some of this is self-evident. I have a ping time of 11 milliseconds to a server in San Jose, California, according to Speedtest, but a 61-millisecond ping time to a server in Dallas, Texas, according to Meter.net. When I’m playing Call of Duty: Warzone and preparing to launch a missile at an adversary, the last thing I want is for the screen to stutter for the enemy to have the upper hand because my computer and Internet connection are too sluggish.

Subspace has set up a global private network in hundreds of locations, complete with a dedicated fiber-optic backbone, unique internet weather mapping, and specialised hardware. This network brings gaming traffic from the internet closer to players, ensuring the quickest and most consistent connection possible.

But, according to Towfiq, the technology is more than just a quicker network.

“Subspace, for the first time, lets existing games and internet applications bring private networking to every internet-connected device without changes to code, VPN clients, or on-premise hardware,” he said.

And businesses like Activision Blizzard don’t want gamers to blame them for latency issues that have less to do with the games themselves and more to do with the internet’s underlying structure.

The time it takes for a data signal to move from one location on the internet to another and back is known as latency. The time is expressed in milliseconds (a thousandth of a second). Fast-action games do not operate well when there is a lot of latency. Your frame rate may slow to a crawl, or you may attempt to shoot someone but miss because the subject has moved by the time you aim at them. Subspace claims to be able to reduce latency by 80% for gamers in 60 countries.

How does it work?

You may think of what Subspace is creating as a ghost internet, or a network of private servers that multiplayer gamers can utilise to escape internet congestion. Subspace eliminates bottlenecks in the same manner that Waze helps you — or at least used to help you — navigate around traffic jams in your automobile. In April 2020, the firm raised $26 million for this reason. It’s similar to a game-specific content delivery network (CDN).

It explores why the internet is broken, despite the fact that it was built to provide redundancy in the event of a nuclear war. Internet packets must hop from one type of infrastructure, which is owned by one firm, to another, which is owned by a different company. Those handoffs are time-consuming, and routing isn’t as efficient as it should be.

Multiplayer gamers are the ones who need this sort of traffic relief the most, as the coronavirus has confined us to our homes and forced many of us to enjoy themselves by playing multiplayer games like Call of Duty: Warzone (my personal favourite), League of Legends, or FIFA. Subspace had to devise a software and hardware combination that generates a type of parallel internet, or one that routes around the issue traffic and provides fast lanes for the gaming businesses that pay Subspace for the speed.

“We’re building an internet for real time, where games are the biggest part and we think it could be a lot better,” said Ron Williams, vice president of operations at Subspace. “We’re still limited by the speed of light and the number of datacenters out there. There’s still a lot of work to do on the network. But we can take the internet as it is today and make it a lot better and lift a lot of constraints off of game developers. The problem is that nobody thought of these things in 1969.”

For a real-time application, Subspace’s network platform delivers, runs, and AI optimises and expands the top performing proxy services. It also doesn’t necessitate any modifications to end-user hardware or settings because it’s achieved by a simple setup to proxy game traffic to Subspace. It also protects against hacker assaults, also known as distributed denial of service (DDoS) attacks, 24 hours a day, 7 days a week.

Subspace expands the number of players with playable ping in the short term, increasing the overall addressable market and player engagement.

If Subspace can improve the enjoyment of playing an online game, it has the potential to enhance the amount of time individuals spend playing. According to a 2020 research, gamers worldwide spend an average of 6.3 hours per week playing video games, with players aged 18 to 45 spending more than seven hours. This does not include the 3.5 and 4.6 hours per week that women and men spend watching other people play video games, with the younger groups committing greater time.

Companies like Epic Games and Roblox are incorporating concerts into their games, giving players additional reasons to return and spend more time in their virtual worlds. When we have enough reasons to spend all day in it, that’s how the metaverse emerges.

In an email to GamesBeat, Hilmar Veigar Petursson, CEO of Eve Online developer CCP Games, said he first met Subspace in the spring of 2019, when the firm was hit by a wave of DDoS assaults. Despite the fact that his firm did not use them, Petursson was pleased enough to invest in subspace.

“I became very impressed with their depth of knowledge and how they are building up their network. I even became an investor,” he said. “The tech itself is very impressive and solves a problem which applies widely but is particularly acute with games and gamers and often affects the experience a lot more than companies thing, the routing on the internet is so bad.”

Making the internet suitable for gaming also makes it suitable for the metaverse, a universe of linked virtual worlds, as depicted in novels such as Snow Crash and Ready Player One.

“The metaverse is not possible with today’s internet,” said Towfiq. “Much like multiplayer online games are limited by current network conditions, the metaverse is only possible with private network capabilities delivered to any destination on the internet. With Subspace, virtual interactions can span continents, with minimal lag and with high availability.”

Matthew Ball, the CEO of Epyllion and a metaverse futurist, has invested in Subspace. “The human threshold for latency is extraordinarily low in video games, especially compared to other mediums,” Ball said in a metaverse think piece. Consider the difference between standard video and video games.”

“In triple-A games, avid gamers are frustrated at 50ms and even non-gamers feel impeded at 110ms,” Ball wrote. “Games are unplayable at 150ms. Subspace finds that on average, a 10ms increase or decrease in latency reduces or increases weekly playtime by 6%. That’s an extraordinary exposure — and one no other business faces.”

Subspace, for example, deploys hardware across hundreds of cities to create ‘weather maps’ for low latency network pathfinding, runs a networking stack that then coordinates the needs of a low latency application with the many third-parties that make up this path, and has even built an optical network that splices across various fibre networks to shorten the distance between servers and minimise the use of non-fiber cabling, according to Ball.

“Our mission is to deliver real-time connectivity from anywhere to anywhere, so that the metaverse can happen,” Towfiq said. “One of the requirements for the metaverse is that it be created and operated by a range of contributors, with accessibility for everyone.”

Any internet application may now access features of the specialised network used by corporate organisations via self-service. While gaming firms construct massively multiplayer online experiences like Amazon’s New World, they don’t often consider the linked services provided by other companies that manage the internet’s backbone. As a result, game developers had no choice but to turn to Subspace.

“You don’t have to build a whole bunch of specialized tech for your game,” Williams said. “In the metaverse is when we know that the interoperability problems really start to multiply.”

Brendan Greene, the designer of PlayerUnknown’s Battlegrounds (PUBG), has suggested the creation of Artemis, a planet-sized realm that would need real-time access to a highly detailed universe. He recognises that in the next five years or so, he’ll require the most cutting-edge multiplayer game technology to pull off the massive universe. Towfiq believes that gaming firms’ goals would lead to the formation of the metaverse.

In the long run, the better end-user experience will allow more consumers to experience the metaverse’s permanent, synchronous quality, and it will be available to an infinite number of concurrent users, according to Subspace. However, today’s internet is impeding the metaverse’s vision, since it will demand 100 percent uptime and ultra-low latency, similar to what we witnessed in Steven Spielberg’s Ready Player One.

Despite this, we frequently notice the impact of network latency on real-time engagement, which is worsened by epidemic and the internet’s rising demands — distant work. You don’t care who’s to blame if your Zoom call stops in the middle of a crucial meeting. You’d like it to be fixed. Towfiq said that this is where Subspace comes in. The metaverse is feasible when applications are no longer bound by the network.

Subspace’s goal is to drastically minimise latency and lag in video games. It will employ its infrastructure to support the growth of massively multiplayer online games, and it will expand its infrastructure to accommodate additional real-time applications and provide real-time connection from everywhere to anyplace. Towfiq’s long-term ambition is to bring the entire planet online.

Towfiq, a telecoms veteran and the creator of Flowroute (which was sold to West/Intrado), started the firm in 2018. Part of his goal is to make the internet available to the whole world’s population, not just those in rich nations, because a metaverse isn’t complete without everyone. 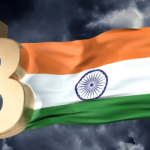 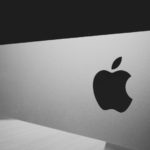