Cyberpunk 2077 has been somewhat quiet in recent months, largely due to its most recent significant patch: 1.3. Part reports about the PS5 and Xbox Series X editions of Cyberpunk 2077, as well as patch 1.5, have surfaced, however CD Projekt Red has rejected at least some of them. Fans are aware that they will be released sometime this year, but the immediate and long-term status of Cyberpunk 2077 is mostly unknown.

A fresh update for Cyberpunk 2077 has been discovered in the Steam database, implying that CDPR is testing new content or releasing a new update for the game. Because this update is currently unavailable to the general public, testing, or at the very least preparing, this content is the most likely scenario.

According to a picture of the SteamDB for CP2077 builds shared on Reddit (and reported by TheGamer), the previous update prior to this one occurred on October 28. It’s only been a few days since the last update, which was posted on January 14. Both of these builds, however, are private, thus their content, patches, and other details are unknown.

In principle, there might be new game content, features, bug patches, and additional support to go along with the 1.5 patch for Cyberpunk 2077. Simultaneously, it may be something minor that goes live in the days or weeks leading up to the next major patch. Of course, only CDPR knows, and it’s unlikely to comment on this fresh development anytime soon.

Despite the relative quiet, Cyberpunk 2077 had a fantastic year at the end of 2021. After taking up the game at a discount, many players submitted excellent reviews online, and CDPR feels that CP2077 will be regarded as a fantastic game in the future. That, like the contents of the aforementioned update, remains to be seen, but CDPR is well aware that it must deliver on promised content and more in the coming year.

Aside from Patch 1.5 and the PS5/Xbox Series X enhancements, fans may expect more free Cyberpunk 2077 DLC, such as an alternate Johnny Silverhand attire, a new vehicle, and so on. More of it is likely to appear during the year, and many people are hoping to see something from Cyberpunk 2077’s premium expansion come to fruition. If it happens, it will most likely be announced later this year, but fans should wait until CDPR releases a new roadmap to properly manage their expectations. 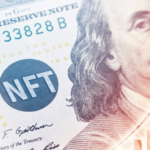 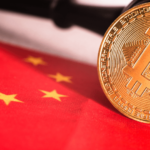