In the metaverse, a new play-to-earn game promises to harness the power of Shiba Inu (SHIB) to offer an original experience unlike any other.

Legends of Bezogia, which was established by Bezoge Earth, has received support from a number of crypto influencers, including the “Shiba Brothers.”

Tommy and James’ $7,900 investment in SHIB had skyrocketed in value, and they had gone viral. The memecoin’s value skyrocketed, and CNN reported that their crypto wallet was worth a whopping $9 million at one time.

The brothers made headlines when they were introduced to an elite network of crypto pioneers who provided them with invaluable insight into current trends.

They decided to join the Bezoge Earth project after learning about the NFT marketplace and their love of gaming — and the brothers feel it has the potential to be the next Shiba Inu.

What is Legends of Bezogia?

Legends of Bezogia is a virtual world in which the players own the assets. It intends to appeal to the GameFi community by combining DeFi, blockchain technology, nonfungible tokens, and video gaming into a single package.

In-game things with real-world worth can be converted from digital tokens won in the game.

Legends of Bezogia is now in Alpha testing and will launch on PC first, followed by Android, Mac, and iOS versions.

The Bezoge community is more than just a group of gamers; they’re also helping to design the game and play a key part in determining the project’s future.

The Shiba Brothers’ joy is apparent now that the initiative has established itself as a leader in the area of play–to–earn games.

“We joined the Bezoge Earth Project because we believe the Bezoge community is growing the game, so rather than just being gamers, they are part of the company making decisions, which is exciting,” they added.

Bezogis are the game’s central characters, and while they appear cuddly at first glance, they’re described as “fearsome warriors” who plunder a fictional terrain in order to forge renowned magical weapons.

Rock-solid swords for tracking down foes in dark caves and weapons that can inflict incalculable damage on enemies are among the sought-after treasures.

Each Bezogi has its own set of characteristics based on its hue, and they can be freely traded on a newly developed market on OpenSea. Players can “summon” new Bezogi by combining them, allowing them to uncover uncommon, epic, or even purebred items.

Bezogis, the in-game characters based on the Polygon blockchain, are now only available on secondary marketplaces due to a sold-out first run. 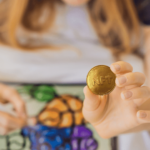 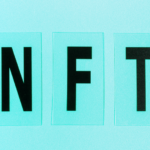