Elise Swopes made over $200,000 selling her work as nonfungible tokens (NFTs) in just ten months.

And it’s been that that ever since. It has undoubtedly provided me with numerous opportunities.”

SuperRare and Nifty Gateway are two NFT marketplaces where the Brooklyn-based photographer and graphic designer sells her work. Her works are animated renditions of cityscapes that she has photographed. She frequently incorporates digitally created parts of nature into her images.

Swopes, for example, mixed her pictures of New York, Portland, Los Angeles, Atlanta, Chicago, and Denver with giraffes and other jungle features in her first Nifty Gateway series. Swopes donated a percentage of the proceeds from the collection to the Somali Giraffe Project in honour of the giraffes featured in her work.

Swopes claims she uses a large portion of her revenue to pay her management and other costs, but she also donates to charities and purchases NFTs from other artists.

Swopes has amassed a collection of NFTs by photographers Brittany Pierre and Lana Denina, among others. She displays her NFT collection in a digital gallery she constructed in the metaverse CryptoVoxels, which she estimates cost around $10,000. She also expressed her respect for Iris Nevins, the founder of the Black NFT Art group, which promotes Black artists in the NFT area.

“They find it difficult to be uncomfortable and hold themselves accountable when it comes to wealth distribution, especially given how much money many of these people have amassed.” As a woman of colour in this community, I find myself with a lot of duty as a woman who knows perspective and can put herself in other people’s shoes,” she says.

She claims that many people in the space are unaware of their surroundings, making jokes or statements that are “very scary.”

Swopes says, “I hope that people can continue to invest in my art and in what I’m doing because I’m truly trying to commit and make a change.”

Swopes’ brand and painting career took off in 2010 after he joined Instagram shortly after it began. She finds parallels between how she felt on Instagram and how she feels now in the NFT community.

“It’s kind of the same thing I felt like I had to be the voice of representation in a lot of ways on Instagram,” she explains. “I found myself in that situation once more, just ensuring that I support Black women and minorities in the [NFT] community.”

Swopes says she hopes to start a collective called the Sunrise Art Club next year. The club will provide support to women of colour through a variety of events and programmes, as well as funding for various NFT projects.

“There are a lot of Black women right now in the NFT community, and they’re doing a lot of really great stuff. We’re really great community builders, and I hope that money will be distributed better where [the community] gives us a seat at the table,” Swopes says. 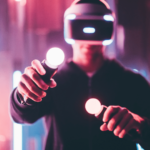 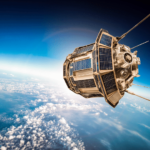