President Nayib Bukele made an announcement at the Bitcoin 2021 conference a few days ago that caused hysteria in El Salvador’s media and echoed around the world: El Salvador has become the first country in the world to use Bitcoin as legal tender. After three days, the Legislative Assembly passed the Bitcoin Bill, indicating that this initiative would be implemented in approximately three months time. The decision El Salvador made and the implications it has on the Indian market are two topics we should explore in order to help inform our Indian friends why El Salvador is taking this step.

It can be argued that exchange methods were used in El Salvador in pre-Columbian times, specifically during the Mayan civilization, when cacao beans could be used as a measure of value in exchange between native peoples.

With the conquest of Spain, the Spanish Real and later Macacos and Morlacos of Peru and Mexico became the currency of choice.

In 1821, the Peso de Plata, later known as the Salvadoran Real, was introduced, followed by the Salvadoran Colón in 1892 (to commemorate Christopher Columbus’s arrival in America during the fourth centenary).

At the same time, they mainly used Farm Tokens to pay workers who worked on coffee farms and then bought products in the farms’ stores, completing the cycle of severe exploitation. The ban was enacted in 1934.

The inability for China to recover the monetary policy lost after joining the US dollar since then has provoked a fierce political and academic debate about how dollarization deepened the economy’s dependence on the United States.

Even though cryptocurrencies are relatively new, they have caught the interest of the academic community and the trading community in El Salvador for several years.

Bitcoin Beach project (bitcoinbeach.com/) in El Zonte (3,000 inhabitants), a small coastal village well known as an important beach and surfing destination has served as a notable precursor to Bitcoin use in El Salvador.

By accepting a large anonymous donation of Bitcoins for this project, they were able to start to develop a sustainable ecosystem to allow people and small businesses to use Bitcoin without having access to the financial system (no bank accounts, no credit cards).

During the COVID 19 lockdown, they transferred Bitcoins to 600 families to meet basic needs as well as to several teenagers to enhance their school attendance and sports activities. In fact, the lockdown led to an upsurge in local exchanges involving Bitcoins.

In the traditional system, remittances, particularly from the United States, rely on commissions and intermediaries. Remittances to El Salvador in 2020 reached a little over USD 5.9 billion.

Since the project’s disruptive nature attracted attention, a number of its promoters, including Strike’s CEO (King of Digital Payments), quickly got in touch with El Salvador’s government, which led to the rapid transition from a local initiative to a national project.

Bitcoin Beach is a disruptive initiative, but the use of alternative currencies as a means to promote financial inclusion is not new in El Salvador.

The UDIS (symbol of solidarity exchange units in Spanish) was first used as a means of payment in Suchitoto by the Social Trade Organization (socialtrade.org/). This was accepted by the network’s members. A precedent was set through this short-lived project.

Debate on the national level

El Salvador’s adoption of Bitcoin as legal tender surprised a large segment of the Salvadoran population as much as it did the international community.

There were no major indications of dollarization this time, other than Jack Mallers’ visits to the Bitcoin Beach project and the promotion of the Strike app, and the sponsorship of the US national surf team in the recent ISA World Surfing Games, along with some premonitory tweets.

Combined with the deep animosity between Bukele’s supporters and opponents, this has resulted in highly politicized opinions about the bill. People on the one hand view it as a panacea that will solve all economic problems, while others assume it will bring the economic system to its knees.

Between those two extremes are a wide range of opinions, favorable and unfavorable, based on various points of view, including commercial, tax, and technology. There are large numbers of people below this group who have no clue what cryptocurrencies are like and who think they’re utterly foreign.

In addition to using the US dollar as the currency unit and the unstable exchange rate (affecting international trade), there are concerns regarding its use by the government to pay its suppliers (wages, public debt, retirement funds), accountability of users, money laundering, technology solutions, internet connectivity and the cost of electricity.

On the other hand, there are other options, including the transition to a Centralized Digital Currency (as many countries are considering) and becoming a destination for investments related to cryptocurrencies (led by the establishment of a geothermal energy mining hub), among others.

As far as the short and medium term is concerned, it’s difficult to predict since it’s still very early in the process. Upon passage of the bill, a detailed regulation will be developed, which will take 90 days to complete.

To ensure its implementation in the last mile of the population, the private financial system must also create guidelines.

Also to be expected is the response of the international financial system, particularly the International Monetary Fund, with whom the country is negotiating a USD 1.3 billion loan agreement. 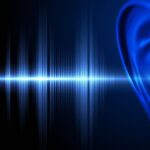 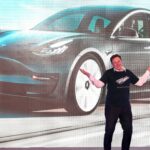