In a rideshare flight that had been postponed twice since early October, Japan’s solid-fuel Epsilon 5 rocket successfully launched nine small satellites into orbit on Nov. 9, including an orbital debris removal technology demonstration.

At 7:55 p.m. Eastern, or 9:55 a.m. local time, the 26-meter rocket blasted off from the Uchinoura Space Center in Kagoshima Prefecture. The nine satellites were launched “one by one as planned” at a height of around 600 kilometres, according to the Japan Aerospace Exploration Agency (JAXA). The Epsilon rocket has already flown five times since its debut launch in September 2013. According to JAXA data, the four prior Epsilon launches — September 2013, December 2016, January 2018 and January 2019 — were all successful.

According to JAXA, Epsilon 5 delivered the main payload, Rapid Innovative Payload Demonstration Satellite No. 2 (RAISE-2), 52 minutes after launch, and the remaining eight payloads an hour later. The last satellite, NanoDragon, was constructed by the Vietnam National Space Center after eight of the nine spacecraft were produced by a range of Japanese corporations and institutions.

According to JAXA, RAISE-2 will test six distinct space technologies, including a tiny sensor called MARIN, which is meant to assess the location, altitude, and velocity of orbiting satellites.

The Debris Removal Unprecedented Micro Satellite (DRUMS), a 62-kilogram spacecraft that will test strategies for gathering particles of space debris and removing them from the space environment, is the biggest of the tagalongs. DRUMS, developed by Kawasaki Heavy Industries, will launch a small target subsatellite, move away from it, and then return to rendezvous using automated optical navigation capabilities.

The NanoDragon from Vietnam is a cubesat that weighs 3.8 kilos. The satellite is part of the Vietnam National Space Center’s (VNSC) “made in Vietnam” small satellite development plan, which is overseen by the Vietnam Academy of Science and Technology.

Meanwhile, the launch of Epsilon 5 was originally planned for Oct. 1, but it was cancelled about a minute before liftoff owing to a fault in ground radar equipment. The launch was once again postponed on Oct. 7 due to inclement weather. 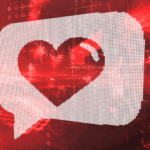