According to a breach notification letter sent by Coinbase Global Inc to affected customers, hackers stole from the accounts of at least 6,000 customers.

It was hacked between March 20 and May 20 of this year, according to a copy of the letter on the Attorney General’s website.

It is possible for non-Coinbase parties to gain access to Coinbase accounts through a flaw in the company’s SMS account recovery process, which could be used to transfer funds to crypto wallets not associated with Coinbase.

The Coinbase spokesperson said on Friday, “We immediately fixed the flaw and have worked with these customers to regain control of their accounts and reimburse them for the funds they lost.”

Neither Coinbase nor its parent company claims to have acquired the information.

Is cryptocurrency susceptible to hacking, theft, or scams? If so, what can you do to protect yourself?

Recent years have seen the rise of currency cryptocurrencies, especially Bitcoin, Ethereum, and Dogecoin. A growing number of users are taking advantage of it, and using it to trade for profit, just like real currency. The future of cryptocurrency has had its ups and downs, as well as some critical questions. One of these is whether these digital tokens can be stolen, hacked, or scammed. It is possible to steal these items, just as it is possible to steal fiat currency or cash, so naturally you need to take a few steps to keep yourself safe.

According to the Federal Trade Commission’s (FTC’s) report from May 2021, scammers impersonating Elon Musk have stolen approximately Rs. 14.63 crore worth of cryptocurrency since October 2020. Almost 7,000 people were defrauded of their digital dollars by US consumer protection agency data. It went on to say that these scams come in many forms and involve “false guarantees and false promises”.

The fact that cryptocurrencies aren’t regulated makes their users even more susceptible to scams and hacks, but there are ways you can always be sure if an individual or an entity is genuine in approach. The responsibility, mind you, is on you to ensure that you aren’t scammed.

Cryptocurrency trading scams: How to avoid them

The promise that an individual, company, or a group of people will double your money, for example, is a scam. An industry cannot be regarded as being under the control of a single entity.

It may seem as though spotting scammers is easy, but many groups cater to plundering unsuspecting investors and traders. Therefore, make sure you invest through a registered cryptocurrency exchange and secure your digital assets using a cold wallet.

Research any company before you trust them. Find out if the company has ever been accused of scamming before or if a complaint has ever been filed against it by searching for the name of the company on Google. Also, get to know how scammers have fooled investors in the past by reading as much as possible.

A bitcoin wallet stores the digital assets that traders store, and through them they make purchases and sales. In other words, you can’t hack someone’s wallet without accessing their passkey.

An expert recommendation is that a two-factor authentication process should be used as a security measure to prevent hacking. Your wallet access is the most important part of the security process. You may lose your digital assets if your wallet is accessed by someone else. 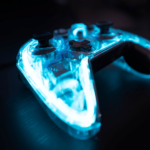 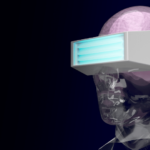