Video games based on the NFT blockchain have emerged as a new source of revenue for gamers and people in countries such as Venezuela, Vietnam, and the Philippines, who have turned to them in the face of unemployment and economic stagnation.

Several initiatives based on blockchain technology and non-fungible tokens (NFTs) were launched in 2017, but few expected them to be so successful, especially in the video gaming industry. According to cryptocurrency portals, various titles such as Alien Worlds, CryptoBlades Game, Upland, Axie Infinity, Galaxy Blocks, Splinterlands, and My Defi Pet have become blockchain sensations in 2021, contributing to increasing the value of tokens, increasing sponsorship, and attracting more public attention.

NFTs are digital representations of assets that can be real-world goods like works of art, invoices, and property titles, or assets that don’t have a physical representation like virtual land or video game avatars that you can donate, give away, or sell. The attributes of each NFT are distinct, exclusive, and real, which is why digital tokens are frequently used as a collector’s item.

NFT games are decentralised and based on collaborative economics that rely on blockchain technology to validate transactions. All players share in the game’s rewards. Each game establishes its own financial ecosystem, in which all transactions and game elements can be transformed into real money. This is the philosophy behind NFT games, and it’s why they’ve been so successful: they’ve entirely transformed people’s perceptions of how games should be played, because they’re used to paying to play and never receiving anything in return. video games in the classical sense

Axie Infinity, with its ‘Play to Earn’ model, is currently one of the most popular NFT games, with a total revenue of 1.6 billion dollars since its launch in 2018; in fact, according to data from NFT CrytoSlam, it had a sales volume of 845 million dollars in August of this year, with more than 3.8 million transactions.

Players can earn money by buying, growing, and selling tokenized digital creatures known as Axies in Axie Infinity, an NFT video game developed by Sky Mavis studio on its own sidechain called Ronin.

Based on my personal experience, I believe that NFT games are a viable source of supplementary revenue, particularly given the industry’s rapid expansion. These new trends and games are definitely worth investigating. I discuss Axie Infinity, how to play it, and how much money you can win on my YouTube channel and blog.

5 pointers on how to get started with Axie Infinity 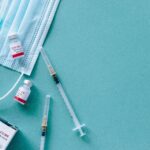 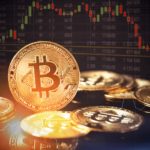