A new project led by Larva Labs, the team behind popular NFT Cryptopunks, is now named Meebits. It is the company’s third NFT and the project is already popular. 20,000 Meebits will be offered.

According to the NFT team, the new set of NFTs have sold out, with one going for an insane 200 ETH, or around $671,000 at the current ether price.

Larva Labs believes the new 3D avatars will be ideal for a virtual world in the manner of Minecraft and Roblox. The company believes voxel art’s 8 bit nature will have a timeless appeal.

An asset pack that allows the avatar to be used in compatible game engines, 3D studio, or virtual worlds will be released soon, as the team strives to make the NFT effort more robust and complicated than previous releases.

As part of its community fund, Larva Labs has created a Meebit grant for those who have contributed to the project in the past. Holders of cryptopunks and Autoglyphs can claim the Meebit for free, but only have to pay for gas fees.

The company said that its wallet is “reminiscent of what we used to do as kids” and that it might also find use as a hobby. Buyers only need to sign a message with the wallet, so the entire process is easy.

The Popularity of NFTs Continues to Grow

Several of the alcohol industry’s biggest companies have begun to embrace the technology, including winemakers, beer producers, and distilleries. In the sports industry, where the technology is also hugely popular, the Golden State Warriors released their own NFT.

Many NFT holders have seen huge profits because they got in on the game early. Unlike trend like DeFi, NFTs are accessible. Though there is some work involved in handling an NFT wallet, it is much simpler than the daily tasks of yield farming and liquidity provision. 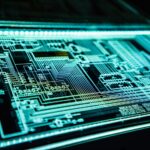 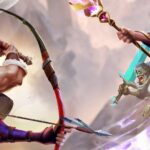