These appointments go unnoticed. Standard bodies are never considered breaking news. Yet their work is extremely important not only because they help create the foundation of the internet, but also because they are developing future use cases for non-fungible tokens.

As part of the NFT craze, many digital artworks have sold for millions of dollars at auctions and products such as beer pong and a Kings of Leon album have come out.

NFTs faced a slowdown in sales at the beginning of the month. Some described this as a crash, but a better way to describe it would be as a natural pullback in an inflated market.

Arca’s chief investment officer, Jeff Dorman, writes in a newsletter that he expects the NFT space to grow in the future.

As NFTs expand beyond current use cases like collectibles, art and games, companies and projects that enable their growth and trading may be big winners, he wrote at the time.

In that sense, IoTeX’s work brings an interesting, innovative use for NFTs. It could even lead to a broader adoption of NFTs as part of IoT devices, even if they are hidden in devices rather than sold for millions.

The idea is that an NFT can be used to prove to a smart contract that you’re at a certain place at a particular time. A smart contract can then trigger action in the digital world. For instance, minting NFTs that include actual data is one method.

As a proof of presence, IoTeX will use Pebble Tracker, which generates verifiable real-world data exclusively owned by the device holder.

A press release describing Pebble Tracker said that it would be able to capture and cryptographically sign real-world data, including location, climate, motion, and light using a built-in secure element.

Business development chief Larry Pang said IoTeX would quickly turn its attention to other types of data and devices.

This concept is called proof of anything and can be used to trigger insurance-related smart contracts, as well as health data from wearables and automotive data.

IoTeX describes the Pebble Tracker as a “personal data locker” for verifiable data, and instead of being centralized it is a decentralized identity that allows users to own and authorize the use of their own data to be made available to third parties.

In this case, you can chose how to manage your data and have full control over how it is used. You can keep your data entirely private, authorize others to access your raw data, or allow IoTeX Dapps to use your raw data as needed.

Pebble Tracker’s privacy-preserving features allow users to use it exclusively as a tracker, but they can also choose to use or monetize their data at any time, depending on their timeline and preferences.

Data sharing is based on the “opt-in” model at its core, not the “opt out” model.

We are currently working with HealthBlocks, a private health-care platform based in Amsterdam that gives users control over their health data.

Depending on data from other people who give their consent, a future with secure health-care wearables will generate verifiable data for feed into machine-learning algorithms that can aid in predicting health outcomes or other factors.

The promise of HealthBlocks is to allow users to co-own their data and to close the loop where they can contribute their data to one of these on-chain collectives, added Pang. “It allows access to AI models, even telehealth kind of calls.”

It is anticipated that these kinds of use cases, as well as proof of presence, will have a significant impact on any upcoming IEEE standards talks.

IoTeX is committed not only to innovation in the blockchain space through our real-world products like Ucam and Pebble Tracker, but also to helping shape the future of blockchain and IoT through its leadership position with IEEE and IIC. 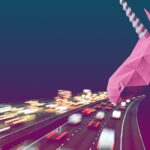 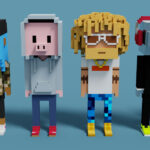