A new NFT collection featuring Grammy-nominated DJ Steve Aoki and digital artist Maciej Kuciara has been released exclusively on Nifty Gateway. Impact Theory Studios collaborated with Aoki on the NFT collection in partnership with “Neon Future,” a sci-fi comic book series created by Krueger, Aoki, and Bilyeu. The collection includes five new tracks, along with the expectation that NFTs will define the future of music, allowing users to store valuables and experiences in digital wallets.

“The Neon Future collection encompasses my passion for the series and takes an irreverent look at the themes about the future of technology that we’ve been exploring in the story world of Neon Future,” Aoki said in a statement. “The convergence of comics and music produces a powerful collectible art experience that’s more than just a snapshot.”

The advent of NFTs has created a “new canvas for digital artists” that allows creatives to cultivate collaborations with other industries. In addition to elevating music experiences for consumers, this also enables the music industry to find new fans and monetize work, says Kuciara.

The goal of Nifty Gateway is to establish the scarcity and authenticity of NFTs by using blockchain technology. The platform also allows artists and collectors to gain access to commerce and art.

“As a creator, collector, and entrepreneur, I’m looking forward to what this new (NFT) platform will offer the world,”

Bilyeu said in a statement.

“In the short term it’s incredibly exciting, and when you step back and look long term, it will be nothing short of revolutionary.”

While this was happening, Bitcoin’s second Non-Fixable Trust (NFT) released. It allowed buyers to participate in stream royalties.

“This is the future of entertainment … FN Meka has become known for posting crazy items that don’t exist in real life, and that’s what fans have gravitated towards,”

Factory New co-founder Anthony Martini said, who has signed and developed artists including Tyga and Madeintyo.

“So we had the idea of starting to release some of those items from his TikTok as stand-alone NFTs, allowing fans to own a piece of his social media clout in a way.”

In this coming era of blockchain technologies like NFTs, Brandon Le, Martini’s business partner, has designed some of the most popular video game covers of all time. He says the music industry is poised to become the dominant force in the blockchain space.

As Aoki implies, the blockchain will lead to widespread decentralization, which will affect the future of institutions like Spotify. 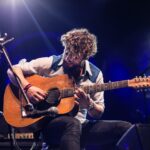 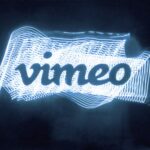