NFTs, or non-fungible tokens, are digital blockchain tokens that represent ownership of exclusive items, whether digital or physical. They are unique, unlike fungible assets or currencies, such as Bitcoins or Rupees, where each unit is interchangeable.

NFTs actually began in 2012-13, but only gained widespread popularity in recent months with prominent use cases like NBA Top Shot, which allows people to own NFTs of NBA highlight clips. The most popular form of NFT in the last few months appears to be digital images or videos.

The most notable NFT transaction thus far was the $69 million purchase of an image collection of digital artist Beeple by a fund launched by Indian-origin and Singapore-based entrepreneurs. Another headline-grabbing transaction was $2.9 million sale of Jack Dorsey’s first tweet.

India too has started to go through marketplaces for digital collectibles – music, videos, animation and installations- using the Ethereum blockchain, a cryptocurrency like Bitcoin but with a blockchain technology that involves storing information. They are finding both made-in-India digital art and NFT art.

For example, Siraj Hassan’s ‘Caged’ series by the Chennai-based artist and illustrator is in high demand. A 50-second video by the girlfriend of Elon Musk just went for $390,000 while another video by Beeple is in Christie’s catalogue.

In addition to having bragging rights of owning new and rare digital art, they also increase in value over time, like real-world art,” explained Ramani Ramachandran, CEO of Router Protocol, a fintech company backing an Indian NFT music platform.

The Indian crypto exchange WazirX has announced the launch of a marketplace for non-fungible tokens (NFTs) for artists and creators. The company claims its the first marketplace for NFTs in India.

The NFT marketplace from WazirX is being led by Sandesh B Suvarna, a Canadian entrepreneur. Film actor Vishakha Singh has also joined the firm as an advisor.

WazirX founder Nischal Shetty said NFTs offer tremendous benefits to digital creators and collectors. These benefits will be shared by both. Currently, we are working around certain nitty-gritty to make NFTs more lucrative for our customers.

Artists/musicians/creators have a global market for their works because you can upload them onto any of the online platforms. Some of these platforms are free, but others – like Nifty Gateway where Grimes released her music – are more private and by invitation only. If you have an online wallet, with at least $100 in it, you can find a buyer without depending on an auction house, record label, or publisher. You can also fix your own price – a creative person might find some corporate body that’s willing to pay a lot more.

When you buy a work through an auction site, you don’t need to deal with forged documents, complicated provenance issues, or even bringing in an expert to verify its authenticity. The time stamp of each NFT in the blockchain is attached to its creator’s and owner’s details. With NFTs, the world is your marketplace. You can use them for yourself, let others use them (for a fee), or re-sell them. Ether, a cryptocurrency that is valued at $1,500 compared to Bitcoin’s $45,000, is the only blockchain that supports NFTs. It’s the only cryptocurrency that currently supports NFTs.

Regulations for NFT in India

Even though Indian Finance Minister Nirmala Sitharaman recently announced that the government would take a “calibrated position” on cryptocurrencies instead of outright banning them, the Reserve Bank of India remains reluctant to accept them as legal tender.

How does this impact Indian creators, and their ability to sell in currency that may or may not be allowed in the country?

“Most creators, and those who have successfully sold their works on the blockchain, have done so to global buyers operating outside the Indian borders,” says Shetty.

There will eventually be regulation, but for now, the field is wide open. Hassan, for instance, says he will never convert his crypto earnings into Indian rupees.

“But there are plenty of sites that let me book flights and buy things using cryptocurrency,” Hassan says.

Attempts are being made to convert priceless offline artwork into NFT, so that for example an NFT of the Mona Lisa can be sold to a buyer who can then use the NFT however he or she chooses. However the original painting will still belong to the Louvre.

An art collector based in Mumbai says that such a project is foolish since none can really own such priceless works. To claim otherwise would be dishonest. NFT is currently all the rage but cannot replace real transactions. It’s a fad that will pass.

Check out the video to kickstart Your NFT Journey 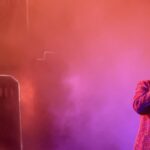 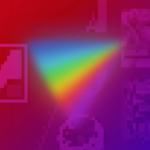