Employees at Salesforce are reportedly criticising the company’s intentions to provide non-fungible token (NFT) services. Around 400 employees signed a letter distributed within the cloud computing company’s message channels, according to Thomson Reuters Foundation News, urging it to abandon crypto plans outlined internally last week. NFTs’ detrimental environmental effects of NFTs, as well as their status as “unregulated, highly speculative financial assets,” are cited in the letter.

Salesforce wants to introduce a “NFT cloud” sales platform, according to sources, that will allow users to generate and distribute token-based content, potentially competing with the dominating OpenSea NFT marketplace. Although he was referring broadly about the digital sector, Salesforce market strategy director Mathew Sweezey stated in December that “you’re going to hear a lot more about NFTs” in 2022, the firm hasn’t revealed detailed plans.

According to the Thomson Reuters article, not all Salesforce employees are opposed to the NFT idea. Opponents, on the other hand, slammed the proposal, with one telling the site that if Salesforce introduced the product, he would resign.

In a statement, Salesforce spokesperson Karly Bolton stated, “Our core principles govern everything we do, including the development of our products.” “We value our employees’ opinions and are proud to build a culture of trust that encourages them to express a variety of viewpoints. Next week, we’ll hold a listening session with staff, and we’ll use their feedback to improve our strategy.”

Cryptocurrency platforms have been heavily publicised recently, especially during the Super Bowl last week. However, NFTs and cryptocurrency have alienated significant swaths of the tech industry, and some corporations have backed off their ambitions in the face of internal and external opposition. Team17 and GSC Game World have scrapped their NFT projects entirely, while Kickstarter said yesterday that it will hold down its shift to a blockchain technology. 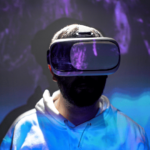 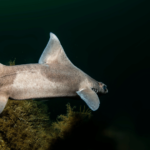