Scientists in New Zealand discovered a rare shark species hatching at a depth of about 1200 metres. The shark generally lives at depths of up to 1,829 metres, which are mostly inaccessible to researchers. During a survey off the east coast of New Zealand’s South Island, the uncommon item was discovered.

The rare discovery of a young ghost shark, also known as a chimaera, will shed new light on these creatures, which have remained elusive due to their deep-water habitat. According to scientists, these are not true sharks, although they are related to sharks since their skeletons are made of cartilage rather than bone.

At a depth of 1.2 kilometres, this recently hatched ghost shark was captured. Black fins were joined to a translucent skin body with a wispy whitetail and black eyes in photos. “You can tell this ghost shark recently hatched because it has a full tummy of egg yolk,” said Dr. Brit Finucci of New Zealand’s National Institute of Water and Atmospheric Research.

It’s very incredible. Adult specimens of most deep-water ghost sharks are known; neonates are rarely documented, therefore we know very little about them, according to Finucci.

Juveniles and adults have diverse food and ecological requirements, according to marine experts. Juveniles have different colour patterns that set them apart from adults. “Finding this ghost shark will aid our understanding of the biology and ecology of this enigmatic group of deep-water fish,” the researchers noted.

Until they are ready to hatch, ghost shark embryos develop in egg capsules laid on the seafloor, eating on a yolk. Further tests and genetic analysis, according to Dr. Finucci, will be required to determine the specific species.

“I thought it was cool, other people on the boat not so much. I knew right away it was just something different that we don’t generally come across so I grabbed it and took a couple of photos which have now spread all over the internet,” Dr Finucci added. 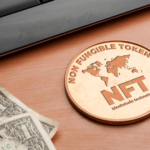 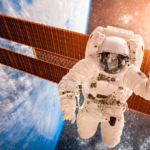