If a person makes a living off of NFT trading, however, taxes will be imposed in the same way as they would on other types of income. The Inland Revenue Authority of Singapore considers the nature of the asset, the intention of purchase, the holding period, the frequency and volume of similar transactions, the financial arrangement to keep the purchased asset for a long time, and the reasons for its disposal to determine whether someone is trading in NFTs or earning income from NFT transactions.

Crypto tax regulations are already in place in Australia and the United States.

Taxes on NFT or cryptocurrency transactions are already in place in the United States and Australia. Individuals in Australia pay taxes on the profits made from trading NFTs and when NFTs are utilised to make money. When an asset is sold in Australia, capital gains tax is levied.

In the United States, the Internal Revenue Service treats cryptocurrencies as property for tax purposes, and when digital currency is sold for real currency, capital gains or losses must be reported.

Singapore has some of the lowest income taxes in Asia.

Singapore has some of the lowest income tax rates in Asia. Individuals with a high income pay the lion’s share of 22 percent. At the top end, Indonesia charges 45 percent, while the Philippines charges 35 percent. The lack of capital gains taxes in the country’s tax system has made it appealing to rich individuals.

Singapore boasts arguably of the world’s most lenient cryptocurrency legislation. Although cryptocurrency is not legal cash, it can be utilised in a variety of highly regulated trading situations. 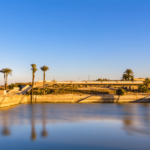 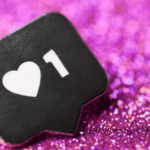