Three persons have been arrested on suspicion of attempting to defraud HMRC of £1.4 million, according to HMRC.

The authority claimed it was the first law enforcement agency in the United Kingdom to seize an NFT.

NFTs are digital assets that may be bought and traded but do not have a physical form of their own.

Digital tokens, which first appeared in 2014, are certificates of ownership for virtual or physical goods. NFTs contain a unique digital signature, allowing them to be purchased and traded with either traditional or crypto currencies, such as Bitcoin.

The first seizure of an NFT “serves as a caution to anyone who thinks they can use crypto assets to hide money from HMRC,” said Nick Sharp, deputy director of economic crime.

“We constantly adapt to new technology to ensure we keep pace with how criminals and evaders look to conceal their assets.”

HMRC said it has obtained a court order to keep the confiscated crypto assets, estimated at around £5,000, and three digital artwork NFTs, which have not been valued, in custody while its investigation continues.

What are NFTs and how do they work?

Traditional works of art, such as paintings, are valued because they are one-of-a-kind, whereas digital files may be simply and indefinitely replicated.

Artwork can be “tokenised” with NFTs to generate a digital certificate of ownership that can be purchased and sold. The tokens can be used to represent a variety of real-world items, including artwork, music, and films.

A record of who owns what, similar to crypto-currency, is kept on a shared ledger known as the blockchain.

Because the ledger is maintained by thousands of computers all around the world, the records cannot be fabricated. 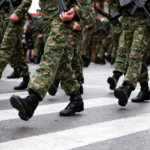 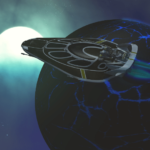