India is finally taking efforts to ensure the successful use of artificial intelligence (AI) in conflict resolution, which is quickly becoming a crucial operational necessity that may likely determine the fate of future battles.

According to top officials, the defense establishment, which includes the Army, Navy, and IAF as well as DRDO labs, is increasingly focusing on AI to enable faster decision-making and shorten the sensor-to-shooter loop, as well as AI-powered surveillance and weapon systems.

But it’s still early in the game. According to the officials, India should develop “a national mission-mode action plan” to effectively use AI and ML (machine learning) for military applications, with active engagement from the IT industry and academics.

China, with its long-standing concentration on “informatized” and “intelligent” combat, is clearly miles ahead. “The People’s Liberation Army’s key thrust areas have been AI, machine learning, lethal autonomous weapon systems (LAWS), robots, and cyberwarfare… “It has made significant progress,” a senior officer stated.

To provide general advice and assistance, the Indian defence system currently has a Defence Artificial Intelligence Council (DAIC) directed by the defence minister. Rajnath Singh, the defence minister, has previously stated that “25 defense-specific AI products” would be developed by 2024.

A Defence AI Project Agency (DAIPA) has also been established under the secretary of defence production, with an annual budget of Rs 100 crore set out for AI-enabled projects.

Individual services are stepping up their efforts as well. The Navy, for example, is working on 30 AI projects ranging from autonomous systems to marine domain awareness, perimeter security, decision-making, and predictive inventory management and maintenance.

In addition to forming a “AI core group,” the Navy is establishing an AI centre of excellence at INS Valsura in Jamnagar, which already includes a contemporary AI and Big Data analysis facility.

The Army, too, is working on a number of projects involving current and new AI technologies. Aside from civil industry cooperation, the Military College for Telecommunication Engineering in Mhow has built an AI centre of excellence.

Two dedicated DRDO labs, the Centre for Artificial Intelligence and Robotics (CAIR) and the DRDO Young Scientist Laboratory (DYSL)-AI, both in Bengaluru, are conducting application-oriented AI research. In addition, all DRDO system laboratories have established AI technology groups to integrate AI into all products.

However, with countries such as the United States and China racing toward AI-driven warfare, there is universal agreement that much more has to be done on the “disruptive technology” front to improve Indian forces’ combat effectiveness and survivability. At a recent lecture, Army Chief General M M Naravane observed, “The Israel-Hamas conflict last year thoroughly underscored the potency of AI.”

“Improved situational awareness, sensor fusion, speedier decision-making, autonomous weapons, and AI integration into every aspect of warfare will need modifications to warfighting doctrines, organisations and structures, training technique, and leadership.” This is a constant challenge for militaries around the world, as well as for us,” he continued. 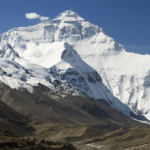 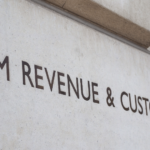