Scientists have long assumed that an ancient rectangular basin on the island of Motya operated as a Phoenician mariners’ artificial inner harbour, or perhaps a dry dock, around 2,550 years ago. According to archaeologist Lorenzo Nigro of Rome’s Sapienza University, the water-filled building is the largest known sacred pool from the ancient Mediterranean civilization.

Nigro discovered that the location of specific stars and constellations on critical days of the year, such as the summer and winter solstices, were matched with the pool and three neighbouring temples. Each of the celestial bodies was linked to a different Phoenician god.

Nigro believes that at night, the pool’s reflecting surface, which was somewhat longer and broader than an Olympic-sized swimming pool, was used to perform astronomical observations by marking the positions of stars with poles. A navigation instrument’s pointer discovered in one temple and a weathered statue of an Egyptian god linked with astronomy discovered in a pool corner support that theory.

The enormous pool was first described as a harbour connected to the sea by a channel by an archaeologist who investigated Motya roughly a century ago. Carthage, a Phoenician city on the coast of North Africa, had earlier discovered a similar harbour.

But, since 2002, excavations and radiocarbon dating at Motya by Nigro, in collaboration with the Superintendence of Trapani in Sicily and the G. Whitaker Foundation in Palermo, have disproved this theory.

“Because it wasn’t connected to the sea, the pool couldn’t have operated as a harbour,” Nigro explains. He and his crew temporarily drained the basin to demonstrate that it is nourished by natural springs instead. Nigro’s group discovered a conduit dug from the pool to a nearby lagoon only after Greek invaders took Motya in a war that ended in 396 B.C.

Between 800 and 750 B.C., Phoenicians settled in Motya. The sacred pool, which includes a pedestal in the centre that once held a statue of the Phoenician god Ba’al, was constructed between 550 and 520 B.C., according to Nigro. Two hints suggested that the pedestal formerly housed a Ba’al statue. After draining the pool, Nigro’s crew discovered a stone block near the basin’s edge containing the remains of a gigantic, carved foot. A dedication to Ba’al, a main Phoenician god, is written in a shallow pit in one corner of the pool.

According to archaeologist Susan Sherratt of the University of Sheffield in England, who did not participate in the current study, the capacity to absorb other people’s deities into their own religion “was definitely one of the keys to Phoenicians’ success throughout the Mediterranean.”

Phoenicians were seafaring traders who lived in eastern Mediterranean cities that were founded more than 3,000 years ago (SN: 1/25/06). From Cyprus to Spain’s Atlantic coast, the Phoenicians constructed settlements. According to some scholars, the Phoenicians lacked a unified cultural or racial identity.

Nigro isn’t convinced. He claims that the Phoenicians created an influential writing system and spoke a common Semitic language, both of which are key indicators of a shared eastern Mediterranean civilisation. According to Nigro, as these seamen established islands and coastal regions expanding west across the Mediterranean, they developed hybrid cultures with indigenous peoples.

Excavations at Motya show that Phoenician newcomers formed a distinct West Phoenician civilization through interactions with locals. Starting roughly 4,000 years ago, pottery and other artefacts show that populations from Greece, Crete, and other Mediterranean countries frequently landed on the island. Metal items and other cultural relics from different periods in Motya’s history show influences from all around the Mediterranean.

Though little is known about Motya’s political and social life, Nigro claims that its Phoenician founders led a 400-year experiment in cultural tolerance. 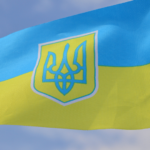 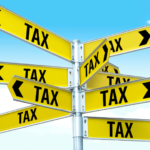