“We’re very proud to announce our GLOZAL Board of Advisors members – Julio Bagué, Joey Mercado, Celina Rollon and David Claassen. All four have had many years of senior level industry experience, and they all bring a unique perspective and approach to the future of the music industry. Having them join our organization is invaluable and will help shape our long-term success,” says GLOZAL EVP of Artist Relations, Cesar A. Ochoa.

Business model of GLOZAL attracted advisors. “Fan-driven” approach of GLOZAL to NFTs empowers artists and creates an unprecedented level of engagement, while supporting the green movement and resulting in drastic energy reductions, essentially eliminating gas fees, through its technology.

Julio Bagué – Producer and music executive with multiple Latin Grammy awards. Peermusic, an independent, multinational music publishing company, currently employs Julio as its Vice President of US Latin East Coast and Puerto Rico. His many Grammy Awards include a win for To Beny Moré with Love by Jon Secada and Tiempo Al Tiempo by Luis Enrique and C4 Trio. With his role with Peer Music, Julio has also signed, developed, and promoted Latin musicians internationally. Numerous artists have worked with him, including Prince Royce, Chayenne, Chocqibtown, Black Violin, Victor Manuelle, Alcover, Jorge Luis Chacin, De La Ghetto, Sofia Reyes, and many more. The Latin Songwriters Hall of Fame and Martha/Mary Concert Series are services Julio currently provides to University of Miami’s Frost School of Music, The CINTAS Foundation, and The Latin Songwriters Hall of Fame.

Joey has been on the Board of Directors of the Recording Academy in Florida (Grammy) for two terms and has been named to Billboard’s Latin Power Player list for the past two years (2019 and 2020).

Celina Rollon – Celina has worked in the music industry for 25 years, most recently as a Sony Music Entertainment Marketing Manager. In addition, she was responsible for organizing tour logistics for Ashnikko, FKJ, Bishop Briggs, Paloma Faith, and The X Factor, and has worked with Beyoncé, Destiny’s Child, John Legend and Taio Cruz.

As a Director at Gasoline Films in Atlanta, Dave is a co-founder and managing director. He worked at BMI in Atlanta’s Writer/Publisher Relations department since 2008 as a Director. At BMI, he was responsible for developing and maintaining relationships with BMI songwriters and publishers in Atlanta, Florida Music Festival, and ACL Festival, and also managed the company’s efforts at SXSW, Lollapalooza, CMJ, and ACL Fest. In addition to curating and participating in many showcases, panels, and events nationwide, Dave has played a key role in BMI flagship events like the BMI Hip Hop & R&B Awards. 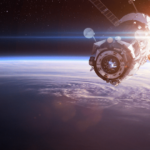 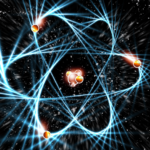