Eminem, one of the most successful musicians of all time and the only rapper to win both an Academy Award and a Golden Globe Award for Best Original Song, has joined the Bored Ape Yacht Club (BAYC) with his first ape buy of 123.45 Ether (approximately Rs. 3.36 crore). The rapper, who has won multiple American Music Awards and 15 Grammy Awards, has made the Ethereum-based ape his Twitter profile photo and is said to have amassed at least 15 non-fungible tokens (NFTs) on the most prominent NFT marketplace OpenSea.

The “EminApe” design depicts Eminem’s iconic Bored Ape figure wearing a khaki army cap and a gold chain necklace, both of which he frequently wears in real life. GeeGazza, a BAYC member, sold the digital artwork. Later, GeeGazza came to Twitter to say that the deal becoming a reality is “crazy.” He went on to say, “I’m living in a simulation.” For months, the BAYC member has been attempting to persuade Eminem to purchase “EminApe” from him. “I still think Eminem is destined to acquire my Bored Ape one day,” GeeGazza tweeted in November. “You don’t comprehend how long I’ve been manifesting that Eminem buys my ape,” he added.

Meanwhile, a digital agency named Six has claimed credit for the transaction, as first reported by Decrypt, however this is far from Eminem’s first excursion into NFTs. The rapper owns 166 NFTs from 32 collections, according to Dappradar.

This year, the NFT space has attracted a slew of musicians, with BAYC and Mutant Ape Yacht Club (MAYC) NFTs topping the popularity charts, but Eminem is perhaps the biggest name to join the movement thus far.

Eminem has joined the second-largest NFT project on OpenSea by volume, alongside NBA star Stephen Curry and talk show personality Jimmy Fallon, with his new ape. 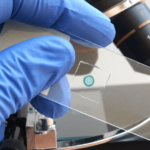 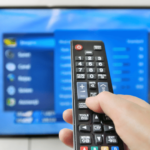