Until now, astronomers have only been able to see the merger of black holes by observing a subtle ripple in spacetime caused by their emission of gravitational waves. A boom, flash, supernova, or any other light emanating from these mergers were not visible.

Black holes merging were relatively small affairs, their masses not exceeding a few dozen times the mass of the sun. Supermassive black holes, on the other hand, are more likely to form when two black holes merge. We would gain a whole new perspective on extreme gravity if we were able to capture both gravitational and electromagnetic waves from the same event.

According to a new paper appearing on the preprint journal arXiv recently, the easiest way to spot merging giant black holes is to identify the bright accretion disks surrounding each of them (known as active galactic nuclei, or AGN). The radio galaxy 0402+379 may already be a candidate for joining us soon. It takes a lot of time to monitor birds closely, hours of detailed observation, and a few breaks to find those pairs.

Variability in light output from an AGN is another method of estimating variability. The total light output will change in an almost-regular pattern as the black holes orbit and grow closer to each other. Blazar OJ 287, which brightens about every 12 years, is one candidate with this approach.

Researchers in the paper point out that “gravitational wave astronomy” is only just getting started, and we have more work to do before we expect to see a massive merger between black holes. If we discovered a kilonova, it would be like finding a goldmine – an opportunity to study gravity in one of the most extreme environments within the universe. 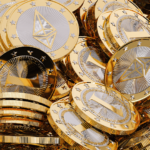 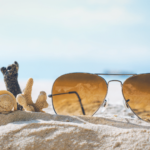