A new smart glass from Ray-Ban will let users record videos, listen to music and take photos without even taking out their smartphone.

With the eyewear conglomerate EssilorLuxottica, the parent company of Ray-Ban, Google built the smart glasses. Their multi-year partnership has now produced their first product.

Featuring dual integrated 5MP cameras, Ray-Ban Stories are able to record 1080p HD videos and capture high-resolution photos. To operate them hands-free, wearers can use either the physical capture button or the Facebook Assistant voice command.

A white LED near the right camera of the smart glasses lets nearby observers know when the wearer is taking a picture or video.

In addition to the open-ear speakers, the eyewear device also includes a three-microphone audio array for transmitting sounds on calls and during videos. In addition, California-based firm claims that its beamforming technology and background noise reduction algorithm improve calling experiences.

When paired with the Facebook View app, the smart glasses make it easy to import, edit, and share content captured by the glasses to apps on a user’s phone. The camera roll on their phone allows them to save content and edit and share it.

‘Ray-Ban Stories’ will be available starting at $299 (about *22,000) in 20 styles – Wayfarer, Wayfarer Large, Round and Meteor – and five colors with clear, sun, transition, prescription and prescription lenses, according to Facebook. 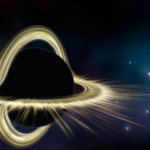 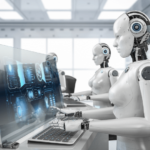