The Swadeshi Jagran Manch (SJM) has urged the government to impose a “outright ban” on dealing in cryptocurrencies for Indian residents, while allowing individuals who already have them to sell or swap them with disclosures to the Income-Tax authorities for a limited period of time.

With a decision agreed at its national conclave on Sunday, the government stated it should also prohibit online trading platforms from purchasing, selling, or otherwise dealing in cryptocurrencies or crypto assets currently in circulation.

While the SJM called for financial sanctions for anyone who break the cryptocurrency trading ban, it also proposed an aggressive public awareness campaign to warn investors about cryptocurrency exchanges’ “deceptive ads.”

“Around 20 million people are reported to have deposited their money in cryptocurrencies, despite the lack of official information.” People [mainly youth] from small and large cities, as well as villages, are drawn to it because they believe they can make a rapid return by investing their money there,” according to the SJM.

The SJM requested that the Centre speed up the passage of legislation to regulate cryptocurrency and lend legitimacy to a digital currency to be issued by the Reserve Bank of India.

The SJM demanded that the use of blockchain technology not be linked to cryptocurrencies alone, and that its deployment be backed in all spheres of economic or social activity, based on the Government’s indications that some relaxations in the cryptocurrency law may be granted to encourage the underlying technologies.

The SJM said that recognising cryptocurrencies will lead to money laundering, terrorist financing, and capital account convertibility ‘via the back door.’ “Recognition of cryptocurrency may lead to excessive speculation, which might have a negative influence on the financial markets in the long run,” it continued. 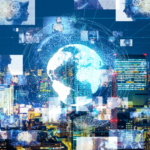 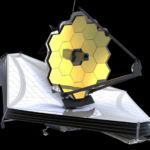