The James Webb Telescope, which is travelling 15,00,000 kilometres from Earth, reached a critical milestone when it passed through the altitude of the Moon during the second burn. The mid-course correction burn, which took place 60 hours after the telescope was launched from French Guiana, lasted 9 minutes and 27 seconds and properly positioned the telescope near the second Lagrange point.

Nasa stated that three mid-course corrections (MCC) operations are required to align the spacecraft towards its planned destination, two of which have already been completed. The third is scheduled for 29 days after launch and will place Webb in the optimal orbit around L2. “Webb’s trajectory is fine-tuned after launch with this burn. The duration of the burn will be determined by the performance of the Ariane 5 launcher” according to Nasa.

Despite the completion of the two burns, the telescope still has almost 27 days to travel the 15,00,000 kilometre distance from Earth. There’s still a lot that needs to happen with pinpoint precision before the telescope can begin its task of studying the birth of our cosmos.

Deploying the James Webb Telescope in orbit, a technical and scientific marvel of its time, will be one of the most difficult feats ever attempted by humanity. Webb Mission Lead System Engineer Mike Menzel stated, “There are no second chances; we have 300 single-point failure components that must all function well; you can’t send someone to fix it when you’re a million miles away from Earth. We’ve never placed a telescope this far away from us before, so everything must be in order.”

After two course adjustments, the telescope’s sunshields will be deployed, which will shelter the equipment from the heat generated by the Sun, Moon, and Earth. Three days after launch, scientists lower the sun-shield and raise the primary mirror and sensor away from it to begin the deployment. A turn tab will be deployed to keep the spacecraft steady when the solar wind pushes it.

The sunshield is substantially more sophisticated, consisting of five very thin Kapton shields about one to two thousandths of an inch thick, each around the size of three tennis courts. 140 release mechanisms, 70 hinge assemblies, eight deployment motors, bearings, springs, gears, 400 pulleys, and 1312 feet of cable are all included. Everything has to work flawlessly.

Engineers will issue commands to relieve restraints that kept the telescope safe during launch, followed by the removal of the core region covers. For the shields to fully open, all 107 sunshield release mechanisms must fire on time. That’s a total of 107.

The origami mirrors are unfolded

The biggest obstacle when scientists first imagined the telescope was fitting it into the world’s largest rocket fairing, which is only 5.4 metres wide. The telescope’s mirror had to be folded like origami in order for it to launch in the first place. The mirrors will begin to deploy around Day 10 in orbit, with the secondary mirror opening up first. This will be followed by the primary mirror, which will be available on Day 12 of the launch.

Webb, however, will not be ready to do science after all of this and approximately 27 days of coasting through open space. While the instruments cool down, the control motors behind each of Webb’s 18 mirror segments, secondary mirror, and fine steering mirror inside the primary mirror must align by Day 29 to make the perfect mirror.

Take a look at Webb!

“The Webb will take two weeks to fully deploy from the time of launch. Those two weeks following the launch will be a nail-biter. Years of preparation have culminated in these two weeks.”

For the $10 billion quest to usher in a new age in astronomy and unravel the secrets of our origins, the most sophisticated telescope ever built, slated to be the most powerful, every ball and bearing will need to perform pitch-perfect. 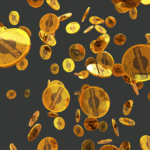 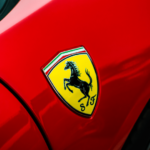