Following a disagreement with Europe over data privacy rules, Mark Zuckerberg’s business has threatened to pull “key services” from the continent.

Meta has quietly issued a warning that if Europe does not allow it to execute “transatlantic data transfers,” it will be forced to shut down its services.

This entails moving people’s personal information from Europe’s safe systems, which are strictly regulated, to the United States.

Meta stated in an annual report to a US government agency that if a new framework is not established, the company will “probably” have to discontinue delivering its “most significant products and services.”

While Meta maintains that exchanging data between countries and regions is essential to its services, the European Court of Justice has barred it from doing so from July 2020. This is primarily to safeguard European users from having their personal information shared or sold without their consent.

“We have absolutely no desire and no plans to exit from Europe,” a spokeswoman for Meta stated, “but the plain reality is that Meta, like many other businesses, organisations, and services, rely on data transfers between the EU and the US in order to operate worldwide services.”

“To operate a global service, we, like other organizations, have obeyed European legislation and relied on standard contractual clauses and proper data safeguards.”

They added: “Fundamentally, businesses need clear, global rules to protect transatlantic data flows over the long term, and like more than 70 other companies across a wide range of industries, we are closely monitoring the potential impact on our European operations as these developments progress.”

Facebook’s economic strategy is nearly completely based on advertising, which uses users’ personal information to market and sell them items.

However, the internet giant has been chastised throughout the years for how its algorithms target content to users under this approach, and has been accused of facilitating the spread of misinformation.

“To operate a global service, we, like other organisations, have complied with European regulations and depended on Standard Contractual Clauses and adequate data protection.” 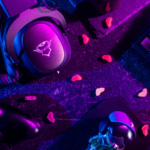 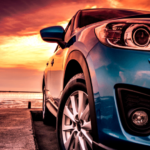