NFTs, which have recently gained prominence in digital art, are coming to Alfa Romeo’s new Tonale SUV, the firm announced Tuesday at the vehicle’s debut.

Non-fungible tokens (NFTs) are one-of-a-kind digital assets that cannot be replaced. They are validated and stored using blockchain technology, making it difficult or impossible to alter, hack, or defraud the system.

NFTs have grown popular with digital artwork, but they may also be used for music, website domains, and now automobiles.

The Tonale NFT, which Alfa Romeo claims is an industry first, certifies the automobile at purchase and then records and retains data throughout the car’s life cycle, according to Stellantis (previously Fiat Chrysler).

“Digitalization is a key enabler of our metamorphosis. Tonale is the first car ever to keep a blockchain, non-fungible token. NFTs are based on the same distributed information logic that protects your Bitcoin,” Francesco Calcara, head of Alfa marketing and communication, said during a media briefing. “It records all data on the blockchain.”

The NFT, according to Alfa Romeo, will capture vehicle data and generate a certificate that can be used to verify that the car has been properly maintained, resulting in a higher residual value. To record the data, the automobile must be serviced by a licenced Alfa Romeo dealer.

By 2027, the more than 110-year-old brand intends to sell only electric vehicles. Dominique said the business aims to launch five new or replacement vehicles between now and then, including the brand’s first all-battery electric vehicle, or BEV, for North America in 2025.

“Everything from that day forward will be pure BEV,” he said in reports during an online interview. “By end of 2027 … I won’t be selling any more internal combustion engine vehicles at all.”

Some of the vehicle’s design elements are similar to those found in current Alfa Romeo automobiles. It’s based on a concept vehicle with the same name that the company unveiled in 2019.

The Tonale will be available in the first quarter of 2023, according to Alfa Romeo. Orders will open in the fourth quarter. Pricing was not disclosed by the company.

The Tonale is Alfa Romeo’s fourth product since its return to the United States in 2014, following a nearly 20-year sabbatical. Due to a lack of fresh products, the brand has struggled to acquire traction since then.

Dominique added that since Fiat Chrysler and PSA Groupe merged in January 2021 to form Stellantis, the firm has been focused on stabilising Alfa Romeo and its future shift to electrification.

When Alfa Romeo came to the United States, the corporation had high hopes for the brand to compete with BMW and other premium brands, but those hopes were rapidly dashed due to executive churn and a lack of new products and investments.

“It’s true, product drives brands and, and our products that we have are great, they’re amazing, but because they’re limited vehicles in a limited number of segments, just not enough people are looking at it,” Dominique said. “Hopefully with Tonale, we’ll address that.” 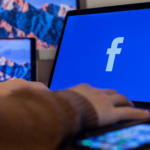 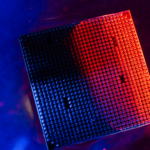