An NFT is a digital asset that resides on a blockchain, which is a distributed ledger of transactions.

The blockchain acts as a public record, allowing anybody to check the legitimacy of the NFT and determine who owns it.

Unlike other digital objects, which can be mass-produced indefinitely, each NFT has a unique digital signature, making it one-of-a-kind.

Sundaresan, on the other hand, wants everyone to be able to download “Everydays: the First 5000 Days” for free. It is the most costly NFT in the planet.

“You try to create paywalls, you try to do so many things,” he stated in an interview with Bloomberg when questioned about property rights on NFTs. However, even those approaches of enclosing information or data in secure walled gardens have not fared well on the internet.”

“I feel that if you have an NFT, everyone gets to experience it.” You don’t have to have everyone pay for it, though. There may be a few people that pay for this production, and they will receive credit for being a part of it. That’s all there is to it,” he continued. 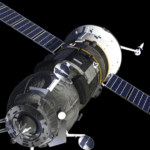 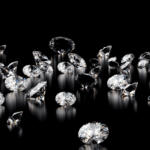