The quarrel between the United States and Russia appears to have progressed to outer space. Roscosmos, the Russian space agency, has vowed to sue a NASA astronaut in a new development.

According to the organisation, the astronaut bored a two-millimeter hole in a Soyuz MS-09 capsule docked with the International Space Station (ISS) in 2018.

The agency just concluded its investigation and determined that the activity was sabotage. Serena Auón-Chancellor, an ISS crew member at the time of the event, was named as the perpetrator.

Roscosmos confirmed the potential of criminal proceedings after the allegations were turned over to Russian law enforcement.

Auón-Chancellor purposely dug the hole with the expectation of going home early, according to the Izvestia newspaper, which cited sources on Friday.

According to a Russian news site quoting sources, Auón-Chancellor appears to have wished to depart owing to a blood clot or a disagreement with her lover inside the ISS.

Auón-Chancellor married Jeff Chancellor when she was in space. The pair is still together today. According to insiders, it is unknown who the ‘boyfriend’ is. 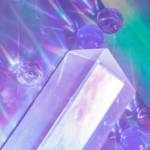 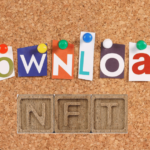