In the first such agreement with ISRO, Hyderabad-based startup Skyroot Aerospace has formally entered into a contract to test and qualify its small rocket next year using ISRO’s facilities and expertise.

“The Framework MoU will enable the company to access ISRO facilities and test its space launch vehicle systems and subsystems at various ISRO centres,” the Indian Space Research Organisation said on Saturday.

The Vikram series of rockets built by Skyroot are being developed to launch small satellites into orbit. The company was founded by former ISRO scientists. In addition to testing the Kalam-5 rocket engine, the startup is also developing a larger version that will power the company’s rockets.

Solar Industries, a manufacturer of explosives and ISRO supplier, and Mukesh Bansal, founding director of Curefit, are among the backers of Skyroot.

Among the other rocket startups which are considering launching satellites from Indian soil are Agnikul Cosmos and Bellatrix Aerospace.

Agnikul Cosmos of Chennai has recently signed a non-disclosure agreement for its 100 kg rocket that can launch into low earth orbit. It is expected that a formal agreement will be reached shortly. Srinath Ravichandran, founder and CEO of Agnikul, and R Umamaheswaran, scientific secretary of Isro, signed the agreement.

In the signing ceremony that took place on Saturday, Pawan Chandana, the CEO of Skyroot Aerospace and R Umamaheswaran, the scientific secretary at ISRO, signed the agreement.

A regulatory and authorization body has been established under the Department of Space in India for enabling space-related activities from private actors. 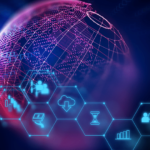 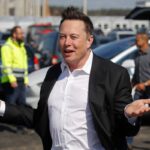