Tesla’s duty benefits will not send a good signal to the other companies that have invested billions of dollars in India, they said.

The electric automobile (EV) maker Tesla has called for a reduction in import duties in India. Musk said he hopes for a temporary reduction in tariffs on electric cars in a tweet in July. The CEO of Tesla, Elon Musk, had previously stated that the company wants to launch its cars soon in India, but the country imposes high import duties that are among the highest in the world.’

Currently, customs duties on cars imported as completely built units (CBUs) range from 60% to 100% depending on the number of cylinders and cost, plus insurance and freight (CIF) charges.

In an e-mail to the Philippines’ road ministry, the US firm wrote that import tariffs of 110 percent on vehicles with customs values over USD 40,000 make zero-emission vehicles cost prohibitive to import.

It has urged the government to set the tariff for electric cars at 40% regardless of customs value, and to take away the 10 percent social welfare surcharge on electric cars.

The company says that these proposals would not negatively impact the Indian automotive market because no Indian OEM currently produces a vehicle (EV/ICE) with an ex-factory price above USD 40,000 and only 1-2% of cars sold in the country are above that size (EV/ICE).

Several Tesla components are already sourced from Indian automakers, and setting up base here would be economically feasible for it, the transportation minister said. 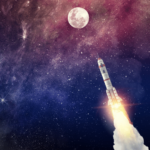 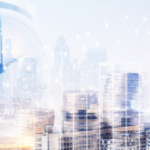