Microsoft’s HoloLens and Facebook’s Oculus headgear spring to mind when thinking about hardware gadgets that will help power experiences in the much-touted ‘Metaverse.’ Holosuit, located in Singapore, is attempting to shift that narrative.

The company’s bi-directional flagship Holosuit is comprised of mesh material and features over 40 embedded sensors spanning arms, legs, and all 10 fingers. The suit is made by Kaaya Virtualisation Tech in Mysuru, India, and is capable of sensing a user’s whole range of actions from the head to the toes and replaying them in a digital environment.

But how does it function in practise? “With our sensors and technologies, we can create a digital duplicate of the body.” When this body interacts with the digital world, for example, if it is shot by someone there, one will be able to feel it. You can also feel it if someone touches you or if you are holding anything in the digital universe, due to the Holosuit. As a result, it’s a bi-directional gadget,” explained Harsha Kikkeri, the company’s creator and CEO.

The Indian Army has already begun to use the outfit. When an user wears the Holosuit, “whatever motions are happening in the actual world are being mirrored back to the virtual world for better monitoring, training,” according to the company’s creator. For example, if a terrorist enters the virtual world and fights, the gunfire will be felt in their outfit.

“Right now, we’re working with India’s largest energy board to teach its employees how to prevent electrical risks.” We’ve also sold it to the South Korean Army. “Even Softbank has acquired it,” Kikkeri adds, adding that they plan to use their hardware to “mix these two sorts of realities: virtual reality and actual reality.”

The Holosuit may be used to detect a player’s movement and then have it digitised in sports like golf or cricket. It might also allow players to participate in a digital version of cricket, in which they can feel every movement in the game, including when a ball strikes them in the chest.

Holosuit has been supplied to over 19 countries thus far, including Germany, Israel, and Japan. In eight countries, including Japan, Australia, Russia, and India, the business owns 12 patents.

While the Holosuit may be purchased as a complete, the firm also sells individual pieces such as gloves, jackets, and Holosuit trousers, depending on the needs of the customer. This is not a mass-market product. Depending on the client’s customization requirements, the cost might range from a few hundred dollars to hundreds of thousands of dollars.

Kikkeri, who spent years designing robots as a researcher in Microsoft’s Robotics group, does not want to limit the company’s ambition to only the Holosuit.

Ericsson, in reality, has its own robot, RobotYantra, which is employed by the corporation. In terms of education, it is hoped that the HoloProjector, which is now in use at GSSS University in Mysore, would allow students to engage in 3D learning.

With the HoloProjector, the business has created a hybrid model that can function with both a PC and a laptop. The teacher can interact with the 3D projection, which is a hologram of the schematic or item. Interestingly, the HoloProjector platform may also be used with a standard projector, albeit 3D holographic projections will not be possible.

This type of assistance isn’t merely for the sake of building hardware. Rather, the emphasis is on creating end-to-end experiences. Kikkeri recognises the need of interoperability in the’metaverse,’ and says they want to create experiences that operate independent of the technology used. “Of course, our own gear will illuminate those experiences,” he says. 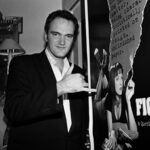 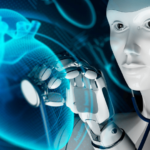