It had only been five hours since Mahindra had released the first set of non-fungible tokens (NFTs) for the Mahindra Thar. One of the Meta Thar NFTs had reached a worth of almost Rs 5,00,000 within a few hours of the auction, while the other three had surpassed the Rs 1,00,000 threshold. The auction will end tomorrow, with all revenues going to Nanhi Kali, an NGO that aims to empower girls.

For a car with an on-road price of around Rs 15 lakh, the cost of its NFTs (one-of-a-kind sets of digital art) may not be worth pondering, at least for the time being. Is the company’s foray into uncharted territory with NFTs equivalent to chasing the gleaming new object firmly planted in the metaverse?

“Our aim is to build a differentiated authentic brand. In order to do that, there has been a significant shift in the way that we approach the market. We have been focusing on adopting new and innovative ways of marketing, especially digital marketing,” said Harish Lalchandani, VP marketing, Mahindra Automotive.

NFTs are the next step forward. He noted that it speaks to a digitally informed, connected youth and is consistent with the brand’s exploration of the impossible attitude.

How did Mahindra go about building its first digital art collection? The company took the time to learn about the field of NFTs.

For example, the first set of Meta Thar NFTs was created in collaboration with an international artist. The Meta Thar’s entire superhero appearance, complete with a cape, was a result of this relationship. This, however, was the outcome of numerous talks.

Mahindra’s biggest takeaway was that it couldn’t just do normal things; it needed to tell a storey around the NFT. The potential purchaser of the NFT should recognise the value that is created by that storey. Furthermore, the NFT could not exist in isolation. It had to be part of a series that appealed to both aficionados and people who bought the NFT as a long-term investment. “The superhero element helped to stretch the notion to a level that is in accordance with the NFT world,” Lalchandani explained.

“How we will participate, and to what extent, is an interesting topic of discussion for us. But it’s not something that’s finalised as of now,” said Lalchandani.

Web3 is the term given by some technologists to the concept of a new type of internet service built on decentralised blockchains, which are the shared ledger systems used by cryptocurrencies like Bitcoin and Ethereum… 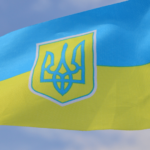 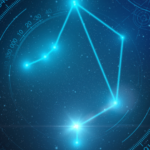