Pixxel, an Indian firm, said on March 28 that it had raised $25 million for a hyperspectral imaging constellation, with the first satellite set to launch this week.

The proceeds will assist Pixxel’s plans to launch two satellites this year and six in early 2023, according to Awais Ahmed, the company’s CEO and co-founder.

The company wants to provide five-meter resolution images in 150 spectrum bands for agriculture, energy, and other businesses that it says are hungry for more data-rich Earth photography.

However, in recent years, a number of startups have been formed in the hopes of using lower small satellite costs to develop new commercial markets for hyperspectral photography, which has traditionally been centred on defence.

According to Orbital Sidekick’s CEO Daniel Katz, capacity is now the largest bottleneck for the Californian hyperspectral imaging firm.

Rio Tinto, the world’s largest mining company, said on Jan. 13 that it intends to use Pixxel’s data to see if it can help it find mineral resources and monitor its operations.

The first generation of the camera Pixxel intends to deploy for its services, according to Ahmed, was launched late last year through a hosted payload cooperation with Lithuanian satellite manufacturer NanoAvionics.

He said that a second version of the camera is onboard the company’s first satellite, which is set to fly on a Falcon 9 rocket on April 1 as part of SpaceX’s Transporter-4 rideshare mission, which seeks to launch 40 satellites in total.

Pixxel intends to launch a second satellite on an Indian PSLV rocket “soon.”

He stated via email that the six satellites set to launch next year will be “more capable, greater resolution, more gathering capacity,” and will have longer operational lives.

Pixxel had hoped to launch 30 satellites by the middle of 2023, but that date has been pushed back to the end of 2024.

COVID supply chain concerns have pushed out the timeframe a bit, comparable to other space firms,” Ahmed stated in an email.

“Pixxel designs, integrates, and tests the satellites totally in-house,” he said, citing pieces from international vendors such as Dragonfly Aerospace, a South African tiny satellite expert that is constructing the cameras.

In the end, he said, Pixxel expects to save costs by leveraging India’s supply network.

Jordan Noone, Seraphim Space Investment Trust Plc, Lightspeed Partners, Blume Ventures, and Sparta LLC were among the early-stage investors who contributed to Pixxel’s Series A fundraising round. 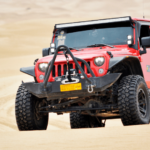 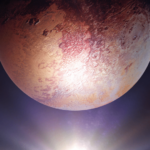