On Pluto, a set of dome-shaped ice volcanoes have been discovered that look to be unlike anything else in our solar system and may still be active. This discovery was found using data from NASA’s New Horizons spacecraft, and it suggests that this far-off frozen world is more dynamic than previously assumed.

The cryovolcanoes, which may number 10 or more, range in height from six-tenths of a mile (1 km) to four and a half miles, according to scientists (7 km). Unlike Earth volcanoes, which spew gases and molten rock, the cryovolcanoes on this dwarf planet extrude massive amounts of ice with the consistency of toothpaste – likely frozen water rather than some other frozen element.

Cryovolcanoes have also been discovered on Ceres, Saturn’s moons Enceladus and Titan, Jupiter’s moon Europa, and Neptune’s moon Triton, all of which are in the asteroid belt. However, according to the researchers, their surface properties, like temperature and air pressure, as well as various combinations of ice constituents, differ from Pluto’s.

“The combination of these features being geologically recent, covering a large area, and most likely being built of water ice is surprising since it necessitates greater internal heat than we expected Pluto to have at this stage of its history,” Singer continued.

Pluto, which is smaller than Earth’s moon and has a diameter of about 1,400 miles (2,380 kilometres), orbits the sun at a distance of around 3.6 billion miles (5.8 billion kilometres), or roughly 40 times the distance between Earth and the sun. On its surface, plains, mountains, craters, and valleys can be found.

The photographs and data from the most recent study, which were collected by New Horizons in 2015, verified previous theories about cryovolcanism on Pluto.

According to New Horizons principal investigator and research co-author Alan Stern of the Southwest Research Institute, the investigation uncovered not only widespread evidence for cryovolcanism, but also that it has been long-lived and not simply a single event.

Pluto is fascinating because it is so convoluted, according to Stern, “as complicated as Earth or Mars despite its smaller size and greater distance from the Sun.”

Pluto, like the rest of our solar system’s planets, formed roughly 4.5 billion years ago. Based on the lack of impact craters that would normally accumulate over time, it suggests that its cryovolcanoes are quite fresh, having developed during the previous few hundred million years.

According to Singer, this is relatively recent on a geologic timetable, and because there are so few impact craters, it’s possible that these processes are still ongoing.

(With the assistance of agencies) 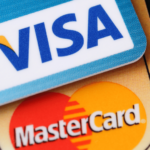